University of Florida alumni and friends gave a record $526 million this year to move the university forward in teaching, discovery and service to Floridians and others. It’s the first time UF has raised more than $500 million in a single year. In addition, UF climbed to No. 8 in U.S. News and World Report’s annual rankings and its alumni association was recognized as one of the Top 10 best networks. Those achievements are just some in a series of notable milestones during fiscal year 2018-19.

In recognition of UF’s strong private support, the university received the Council for Advancement and Support of Education’s renowned Educational Fundraising Award for Overall Performance this summer.

Now approaching the culminating years of its eight-year Go Greater campaign and with $2.18 billion raised as of June 30, 2019, the university is on pace to meet its $3 billion campaign goal ahead of schedule. This is the fourth consecutive year private giving has exceeded $400 million, representing a 26% increase from the previous year. Go Greater is the fourth campaign in UF’s history and one of the most ambitious ever in higher education. Funds raised advance the university’s mission to serve the public, prepare future generations for the workforce and to be an economic engine for the state — while moving UF closer to its aspiration of being a Top 5 public university.

UF’s high mark for its alumni network is based on scores from national and international ranking services, and compiled by College Consensus. UF’s alumni giving rate reached 17 percent this year, placing it among the highest for all public universities. 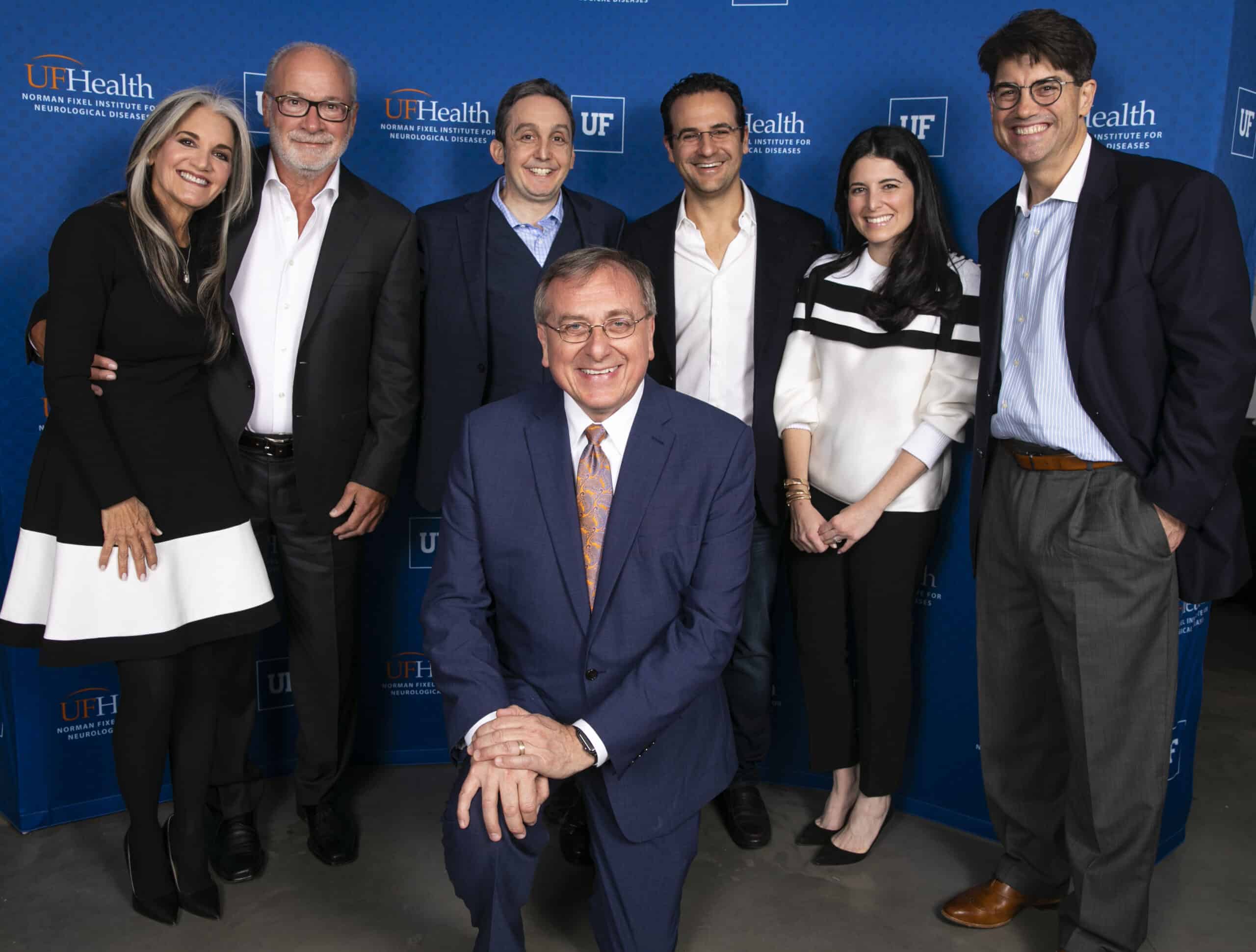 “The University of Florida has a long and proud tradition of excellence that extends from our classrooms and laboratories into people’s homes and communities the world over,” said UF President Kent Fuchs. “Ultimately that’s what this campaign is all about: improving people’s lives through education, research and expanding human knowledge. That’s why it’s so gratifying that, once again, so many friends and supporters have stepped forward to make a difference for others.”

Investments in the university from private donors bridge the gap between what state support provides and UF’s ambition to be a world leader in addressing 21st century challenges — such as renewable energy solutions, climate change and emerging diseases. The Go Greater campaign is specifically focused on four broad areas of concentration: health, the environment, innovation and globalization, with a special emphasis in 2018-19 on health and wellness.

During the past 12 months, Gators gave to an array of projects that enhance the student experience, advance discoveries and enable the university to better serve society. Among those projects and initiatives are scholarships for first-generation scholars, Honors programs for undergraduates, UF’s children’s hospital, and professorships to recruit and retain the most talented women and men in academia. In its inaugural year, Stand Up & Holler: Gator Nation Giving Day was one of the most successful single-day giving campaigns ever for a public university, with Gators from all 50 states and 73 countries participating. Some notable investments this year are: 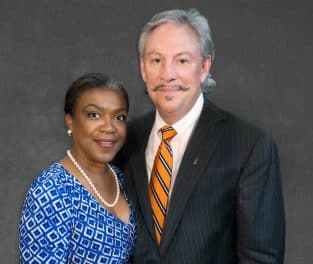 Andrew and Pamela Banks, 2018-19 Go Greater campaign co-chairs, joined other Gators in leading the University of Florida to its most successful fundraising year in UF’s history.

“More and more, the world is looking to our university for answers, leadership and innovation, and we’re able to answer those calls because Gators — from the first-year freshman to the retiree — believe in UF’s potential and promise,” Go Greater Campaign Co-Chairs Andrew and Pamela Banks said in a joint statement. “The exciting thing is that this university does have the capacity to truly be one the world’s greatest universities ever, especially when all of us move in that direction together like we did this year.”

UF Board of Trustees Chairman Mori Hosseini said the Go Greater campaign is setting the stage for the university to make the jump from excellent to extraordinary.

“We’ve come a long way since the university’s beginnings in 1853. While we’ve always been a great regional university, since the turn of this century we’ve emerged as an outstanding national university, too,” Hosseini said. “We are deeply grateful for the support of our state leaders and their commitment to higher education in Florida. Together, with the steadfast support of our alumni and friends, we have reached new heights.”

The University of Florida, the state’s flagship university, serves more than 56,000 students from throughout the United States and many other countries. With five professional schools and 200 research, service and education centers, bureaus and institutes on a single 2,000-acre campus, UF offers educational opportunities matched by only seven universities worldwide. UF alumni total more than 420,000, with alumni residing in every U.S. state and more than 150 nations.