College roommates Bertrhude Albert and Pricilla Zelaya turned what started as a clothing drive into an ambitious plan to rejuvenate Haiti’s public education.

Bertrhude Albert grew up hiding her Haitian roots. But her time at the University of Florida changed her, and, in turn, she’s changing her country of birth. “UF enabled me to understand how powerful I am.”

Children badgered little Bertrhude Albert and covered their noses when she passed. “How many cats have you eaten?” they’d tease. “When did you get off the boat?”

It was her price for being a child of Haiti.

And Albert, who’d immigrated to Broward County when she was just 8 years old, paid the painful toll each new fall when school resumed.

“Kids can be so mean,” she says now. “I got to the point where I wouldn’t say that I was Haitian, that I’m just black. I even tried to make sure I pronounced things properly. I didn’t want to be seen and treated as ‘the immigrant.’”

Hard as it was to be an immigrant, however, life in Haiti was far more difficult, she knew. So she did her best to fit in.

“Being Haitian in South Florida is not an easy thing. The prevailing negative narrative of Haiti makes being a young Haitian immigrant a real struggle,” Albert (BA ’12, MA ’14, PhD ’16) says. “But when I first came to the United States I was afraid of Haiti and didn’t want to go back.”

In America, there was comfort.

I like to say we came to America so I could become a Gator.

In America, there were no limitations. She could be anything — a lawyer, doctor or some other high-income professional.

In America, Albert wouldn’t be forced to witness her countrymen’s desperate struggles for bare basics.

“I remember growing up and thinking, ‘This can’t be all that life is about, there’s got to be more to people’s potential and what they’re able to do,’” she says. “That frustration pulled me away from Haiti for the first 12 years of me being in the United States.”

Which made her eventual return all the more improbable.

“I never expected to want to go back to Haiti, which, now, I’m ashamed of a bit,” Albert admits. “I don’t know what I was thinking when I didn’t have that as part of my dream.”

To Haiti, With Love

Albert — who last spring was named to UF’s “40 Gators Under 40” list honoring young alumni — and college roommate Pricilla Zelaya (BAE ’11, MED ’12, PhD ’16) co-founded the not-for-profit P4H Global (formerly, Projects for Haiti) as, admittedly, naïve undergraduates. Mistakes, stumbles and less than a decade later, their little-organization-that-could might be one of the island nation’s best hopes for economic independence.

What started as a misguided clothing donation crusade operating out of their apartment became a daring plan to train the country’s educators to be better teachers, a backdoor tactic to end poverty. Better teachers, Albert believes, will mean fewer dropouts, a stronger workforce, more entrepreneurs and more jobs for people.

“Us being naïve did bring an element that (initially) hurt the community,” she says. “But if I knew what was in store for us, I might have been too afraid. That naïve nature made me want to learn more and dig deeper.”

What she discovered is that kindhearted intentions alone — like donating shirts and socks — aren’t enough. The 400 pounds of shoes, clothing and food that P4H distributed during its first trip to Haiti did more harm than good. Merchants who sold those things lost business.

That goodwill blunder was an eye-opener.

During my time at the University of Florida, that’s when my desire for social justice was really birthed.

Rather than handouts, she and Zelaya decided on the new approach. In a blink, P4H has become Haiti’s largest teacher training program. Its 14 full-time staff there have already worked with 5,000 educators in outdoor classrooms under shade trees, in rural villages that, to be reached, require visitors to wade through rivers, and in simple schoolhouses with dirt floors.

The Haitian government has asked Albert and her team to oversee even more teacher development in the nation’s public schools. It’s a gargantuan undertaking. Eighty percent of teachers in Haiti have no training, 25 percent not even a high school education. Six in 10 children quit school before the sixth grade.

“A lot of people say Haiti is a lost cause,” Albert acknowledges. “But I believe we found the solution. Haitians are the solution. With all my heart, I believe Haiti is going to rise when we invest in her people and in their education. We’re going to see an intellectual uprising within the country.”

That won’t be easy, she knows.

“It’s not an overnight thing, but it’s the surest way to end poverty,” Albert promises. “My entire life is going to be dedicated to seeing poverty eradicated in Haiti.”

Thirst for education brought the Alberts to the United States. Bertrhude, her parents and five siblings traveled the 700 miles from their Caribbean home to settle in South Florida.

To make it in their new country, Gilberte, the family’s matriarch, worked at a retirement home and their father, Isaac, a pastor, did odd jobs: translating, reselling garage sale bargains, “anything to pay the bills,” Albert says.

And just as her parents had said, the Albert children discovered opportunity.

All six went on to college — five to UF, the other to Florida State. “There is no perfect family,” Albert jokes of her FSU sibling. “I like to say we came to America so I could become a Gator.”

Albert earned a bachelor’s degree in English, master’s in Latin American Studies and a doctorate from the College of Agricultural and Life Sciences. Ironically, becoming a Gator also made her proud to be Haitian.

In Gainesville, Albert learned about her heritage, her ancestors and the once-rich republic’s history: its thriving sugarcane plantations; the 1791 revolution to free slaves; the island’s geneses as the first free black colony and home to France’s first black general; and Haiti’s role as a charter member of the United Nations. 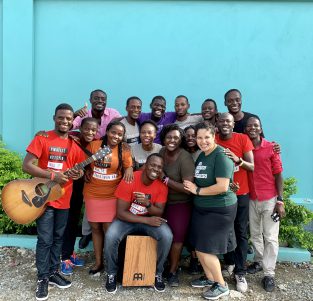 “During my time at the University of Florida, that’s when my desire for social justice was really birthed,” she says. “What I saw in Haiti shouldn’t be. Economic poverty is an impediment to the existence of humans, and it’s something that should be fought against. But I couldn’t put that into words.”

Her UF professors and classmates helped her find the voice, Albert says. There were long conversations with friends, all on their own journeys of understanding how faith and social justice intersect. She met Gators concerned with conditions in South America, Africa and other places. Through their passions, Albert came to understand her own. And UF’s professors, she says, gave her the confidence to go forward.

“When you have professors who redefine what it means to be an educator — they don’t just care about what’s in the book, they care about the students and the world outside the four walls of the classroom,” Albert explains. “They care about us changing the world through reaching our potential. UF enabled me to understand how powerful I am.”

The university, she says, is an “incubator” for dreams.

In her case, it was to do something for the people of Haiti. To her surprise, she and Zelaya aren’t the only Gators with that commitment. Nineteen UF students “who want to change the world” went on that first P4H trip in 2011 to bring donated clothes and goods to the nation. Nowadays, 250 students from across academic disciplines travel to Haiti with the organization each year to work on solutions to the nation’s burdens.

“P4H would not be here now if it wasn’t for the University of Florida,” Albert insists. “Being a Gator carries with it such a huge responsibility. I look at those who came before me and I see their excellence. Being a Florida Gator means I’m held to a high standard — I’m part of a community that’s dedicated to making this world better.”

Now, each time she returns to Haiti there’s “an element that’s exhilarating,” says Albert, who divides time between her home in Coral Springs and work throughout her home country. Gone are the feelings of shame and dread.

“There are almost 8 billion people in the world, and God chose me to be Haitian — these are my people,” she says. “When I go back and see teachers being trained and people reaching their full potential, there’s fulfillment. What I’m doing for them, I’m essentially doing for me because my humanity is tied to their humanity.

“I think my parents take great pride knowing that I haven’t forgotten my roots.” 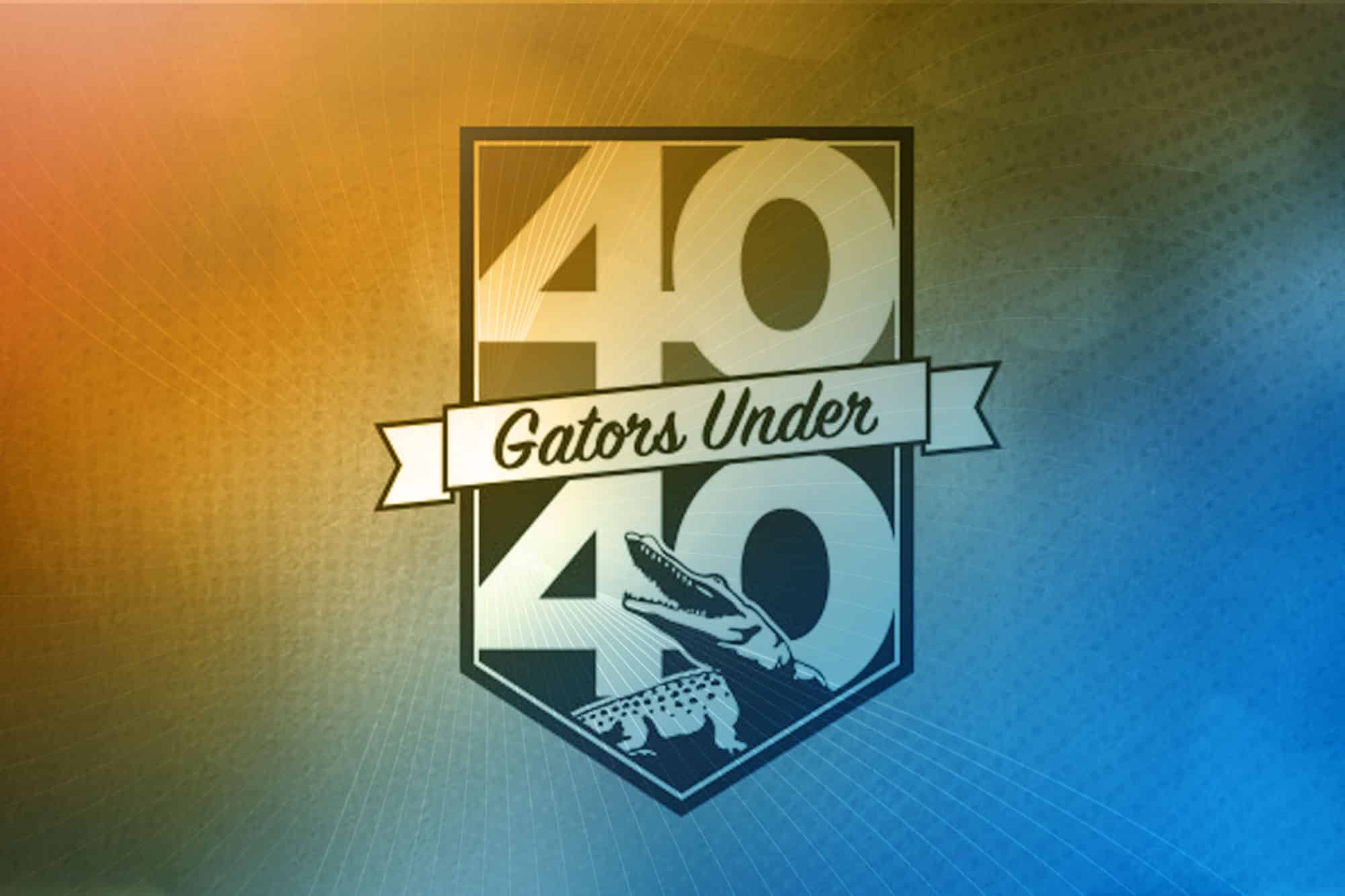