The Academy of Golden Gators honors alumni and friends who have provided exceptional guidance and leadership to the University of Florida. President Kent Fuchs has acknowledged the honorees “farsightedness, generosity and commitment to helping others.”

An entrepreneur, a former university trustee, a business developer and a family of legal professionals are the latest honorees in the University of Florida’s prestigious Academy of Golden Gators. The academy honors alumni and friends whose support and guidance is driving UF’s ascent as one of the nation’s best institutions of higher learning. UF is ranked No. 5 on U.S. News and World Report’s most recent list of public universities.

“The Academy of Golden Gators represents people who have done extraordinary things for the University of Florida, for our students, and for public higher education and its continued positive influence on Florida and our nation,” said UF President Kent Fuchs. “I love that current and future generations of students will benefit from their farsightedness, generosity and commitment to helping others — and have the opportunity to look to them as leaders to emulate in their own lives and careers.” 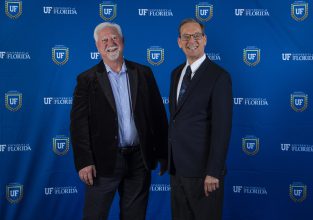 Chris Malachowsky, a 1980 graduate of UF’s engineering college, is a leading force behind the university’s ambitious initiative to become “America’s A.I. University.” His investments in his alma mater and guidance are transforming courses across campus by incorporating artificial intelligence training in curricula to prepare students to use the cutting-edge technology in their chosen fields. Malachowsky established the California-based global technology giant NVIDIA in 1993. Along with his company, he has made significant contributions to build a data science and information technology center on campus and to turn the university’s supercomputer into one of the most powerful in all of higher education. 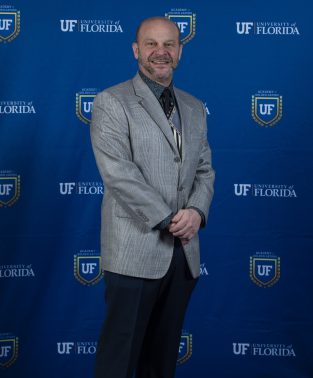 Martin Levin accepted the award on behalf of his late father and the rest of the Levin family.

The UF College of Law’s rise in national prestige is directly tied to Pensacola trial lawyer Fred Levin and his family. Levin, who died in January 2021, is the college’s namesake and a longtime benefactor. A two-time UF graduate, Levin is best known for winning a $13 billion settlement against Big Tobacco to recover medical costs for Floridians. Son Martin Levin, who earned a UF law degree in 1988, is a shareholder at the firm Levin Papantonio Thomas Mitchell Rafferty & Proctor. UF Law’s Martin H. Levin Advocacy Center is named in his honor. Retired Judicial Circuit Judge Marci Goodman, Fred Levin’s daughter, also earned a UF law degree, in 1985. Numerous other members of the Levin family also have ties to the university. 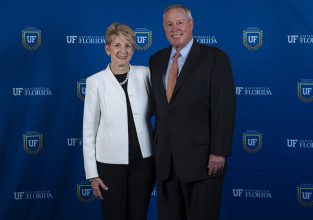 David Brown, a former chairman of the university’s Board of Trustees, has guided his alma mater through a presidential search that ended with the hiring of Kent Fuchs, an out-of-the-box scholarship program for first-generation scholars, and a strategic “Preeminence” plan that set UF on its path to the national spotlight. The Orlando attorney has also served on a number of other boards and committees for the university. To further move UF forward, he and his wife created The David and Wanda Brown Center for Leadership and Service to encourage students to assume leadership, volunteer and service roles on campus and in their communities. Brown earned two UF degrees — a bachelor’s in 1973 and a Juris Doctorate in 1978. 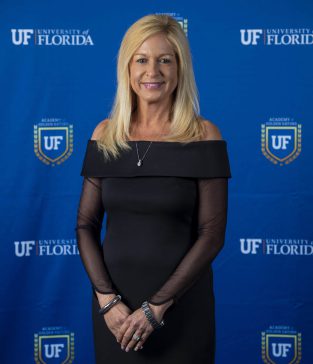 UF alumna Kelly Smallridge has spent more than 30 years convincing businesses to relocate to south Florida to spur economic development in the region. Now she’s working with officials in Palm Beach County and the University of Florida to create a branch UF campus in downtown West Palm Beach. Once established, the campus will offer graduate courses in financial services, financial technology and artificial intelligence to as many as 1,000 students each semester to attract companies to the area and generate jobs. Classes could begin as soon as fall 2026. Smallridge’s efforts to expand UF’s urban footprint in south Florida have been instrumental in moving the project forward.

“Each of this year’s Academy of Golden Gators’ inductees is a game-changer in their own right. But taken together, their influence and goodwill is revolutionizing what it means to be a world-class institution of higher learning,” University of Florida Foundation chairwoman Anita Zucker said. “Lives will be changed because of them and Gators like them.”

By recognizing philanthropists whose commitment enables UF to address societal and wellness challenges and improve lives throughout the world, the Academy of Golden Gators reflects UF’s goal to be one of the nation’s preeminent public research universities. The academy honors the generosity and vision of donors and volunteers who embody the spirit of the university.