Over 11,000 gifts were received in 24 hours during UF’s inaugural Giving Day, smashing expectations and setting a university record.

Gators from across the world rallied during a one-day campaign this week to support scholars, improve programs for students with disabilities, stock the campus food pantry and boost an array of other University of Florida initiatives that enhance the lives of students and the people the university serves.

The 11,535 gifts received during the university’s inaugural “Stand Up & Holler: Gator Nation Giving Day” on Tuesday, Feb. 26, places UF’s initial 24-hour giving campaign among the most successful ever for a public university. Those combined contributions from alumni and students, parents and professors, grateful patients and other friends came to more than $12.6 million. Gifts came from all 50 states, and the giving site was visited by people in 73 countries.

“We asked alumni and friends to ‘holler’ and instead they roared,” said UF President Kent Fuchs. “Their response is proof that there is absolutely nothing the University of Florida and the Gator Nation cannot accomplish when we come together for a great cause.”

The campaign, driven mostly by email and social media, is named in recognition of the beloved Gator football game cheer made famous by George Edmondson Jr., better known to fans as “Mr. Two Bits.” Edmondson’s iconic orange-and-blue striped necktie was used as a symbol to promote the campaign, with T‑shirts emblazoned with ties and tie stickers handed out, and replicas as large as 30 feet long strategically placed throughout the Gainesville campus. Six campus events and 20 others in key regions across the country were held Feb. 26 to further encourage participation.

Donors could designate their gifts to support various university priorities, including the Machen Florida Opportunity Scholars program to provide scholarships and mentoring to first-generation college students; the annual Florida 4‑H Camp to help as many as 2,000 young people each year grow as leaders; the Honors programs to deepen academic engagement for top undergraduates; the campus Field and Fork Pantry to ensure all students can eat nutritious meals; and UF’s children’s hospital to guarantee the best care possible. All contributions made during “Stand Up & Holler” also advance the university’s current eight-year, $3 billion Go Greater campaign.

“I am so incredibly proud of our Gator Nation and what we were able to accomplish together on Giving Day,” said Brian Burgoon, president of the UF Alumni Association. “In all kinds of weather, Gators stick together, and it is an honor and a privilege for me to represent our amazing alumni base. Days like this remind me that we are a university on the move, with a clear purpose, and that together, we can make an incredible impact.”

The 166-year-old University of Florida has a long history of established programs in international education, research and service, and is one of only 17 public, land-grant universities in the prestigious Association of American Universities. It is ranked No. 8 in the most recent U.S. News and World Report’s list of public universities. 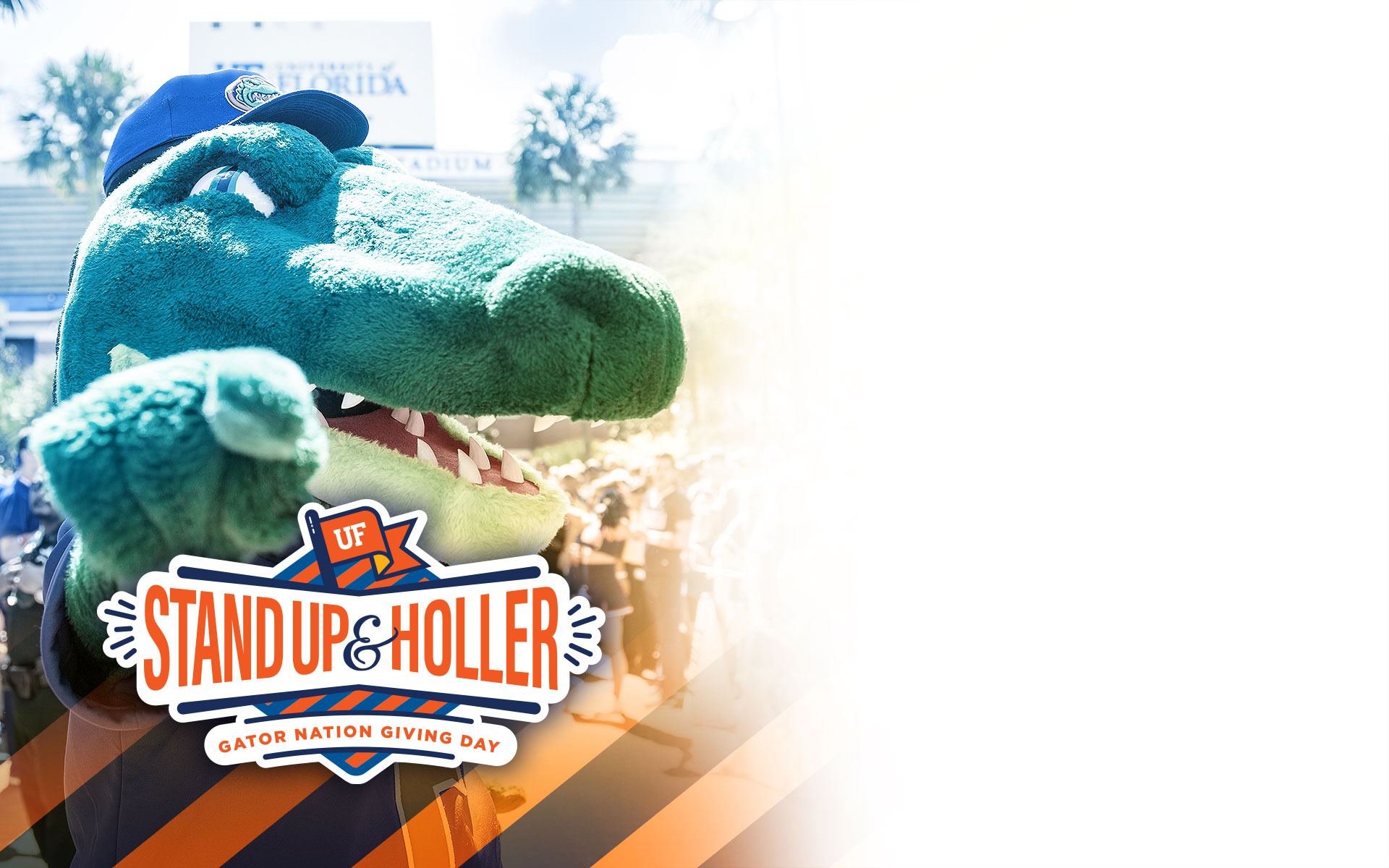