There's a brighter future. One where a new kind of engineer takes on the biggest problems. Curiosity breeds ingenuity. Every morning wakes to the latest spectacular. And UF will lead the charge.
By David Finnerty

To find out out you can help Power the New Engineer, contact the college's Advancement team at 352-294-7941 or give online.

Like all evolutions this one started with a need: the notion that UF’s engineering college needed to step forward in this moment to be able to unflinchingly meet the moments ahead. “Powering the New Engineer” the movement was called.

With that, Dean Cammy Abernathy and her team — colleagues and donors and lawmakers — went to work on a plan to reimagine the college’s mission and to draw a roadmap to get there. So big was their dream Dr. Herbert Wertheim, the college’s namesake, predicted UF would eventually have the “premier engineering college.” Health care, preventive medicine, communications, the environment — almost nothing, he said, would be out of its scope. 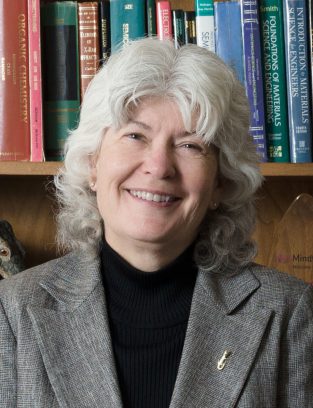 “Engineering is the future for us as a society,” Wertheim explained in 2016. “When we think of all the good things that have happened in our lives — whether it’s airplanes or automobiles or harvests or the video camera we’re using — it all comes from engineering.”

That in mind, “Powering the New Engineer” became the most ambitious undertaking in the engineering college’s 100-plus-year history: a $300 million public-private partnership to, as it was touted then, “lead the next era of technological revolution by preparing a generation of engineers capable of solving global problems and creating and commercializing the discoveries that will transform the way we live our lives.”

Abernathy described it this way: “If we really want to change the world it starts with educating the new engineer — an engineer who’s technically competent, but [also] one who is capable of leading and innovating in a world that is increasingly global and virtual.”

Dozens of new hires, a flurry of strategic donor investments during the university’s Go Greater campaign, and a focus on complex problems — things like “big data,” biomedical informatics, autonomous systems, a sustainable environment, cybersecurity, workforce development, human-centered computing, neuroscience and renewable energy — have quickly placed the college squarely on the fast track. Since 2014, it has moved at breakneck speed to produce the leaders and problem-solvers that Abernathy has promised.

Numbers from 2019 offer a hint as to where the college is headed and how fast it’s getting there:

“We’re the Herbert Wertheim College of Engineering,” Abernathy declared a few years ago, “and we’re ready to power the new engineer.”

Talk of “Powering the New Engineer” goes back at least a decade. Back then, though, it was more a clever way to describe the engineering college’s ambition than it was an actual edict.

The Florida Legislature designated UF a “preeminent” university that year. The proclamation came with the pledge for additional state funding to hire and retain the nation’s best professors and researchers and to jump start key programs. As it so happened, a number of those programs were in the engineering college. That same year, alumni John (BSIE ’66, MBA ’70, JD ’73) and Mary Lou (JD ’80) Dasburg gave the college $1.5 million to establish a professorship.

The evolution suddenly had wings. 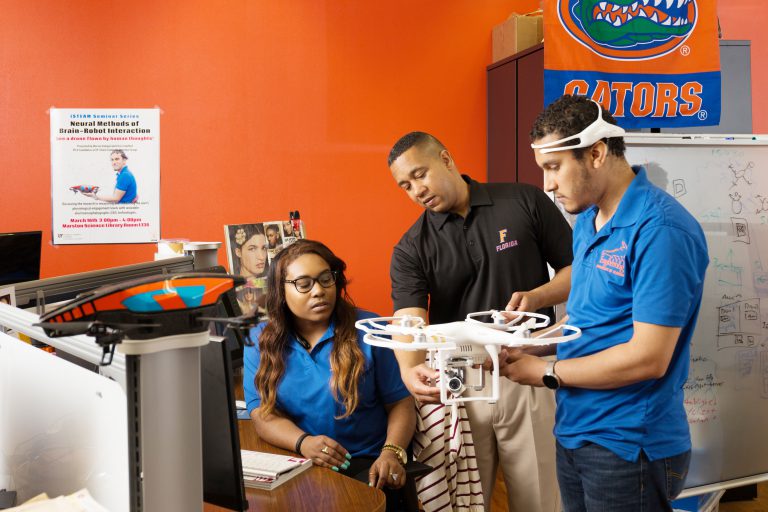 And in 2015 — as UF entered the silent phase of its Go Greater campaign — it learned to run.

That’s when Dr. Herbert and Nicole Wertheim made their $50 million investment to supercharge the college’s trajectory. Their gift became the cornerstone in the $300 million initiative to remake the college into a 21st century powerhouse.

“The transformation made possible by the Wertheim investment signals UF engineering’s remarkable determination to become one of the leading programs in the world,” UF President Kent Fuchs, himself an engineering professor once, said at the time. “It raises the stature of both the engineering college and the university. This transformation will further accelerate social and economic development in the state of Florida and the nation.”

Said Abernathy: “What Herbie really wanted to accomplish was providing a place where the world’s best and brightest could come together and really make a difference in the future of society.”

Wertheim and Abernathy, however, would argue that their college’s work is just getting started.

The engineering college’s feats since those early days of “Powering the New Engineer” and through the Go Greater campaign is impressive: an inline ticketing system to lower health risk when voting, a home test for COVID-19, the Smart Traffic System, a collaboration to monitor pollution and natural events threatening Florida’s coastlines, a student team’s award-winning project to simultaneously reduce hunger and food waste, No. 1 in the nation in Black women faculty members and the number of master’s degrees awarded to Hispanics, No. 2 in doctoral degrees for Black students, the renowned Internet of Things initiative and Florida Institute for Cybersecurity Research, and the list goes on.

But the chart-topper is a new plan to turn UF into “America’s A.I. university.” 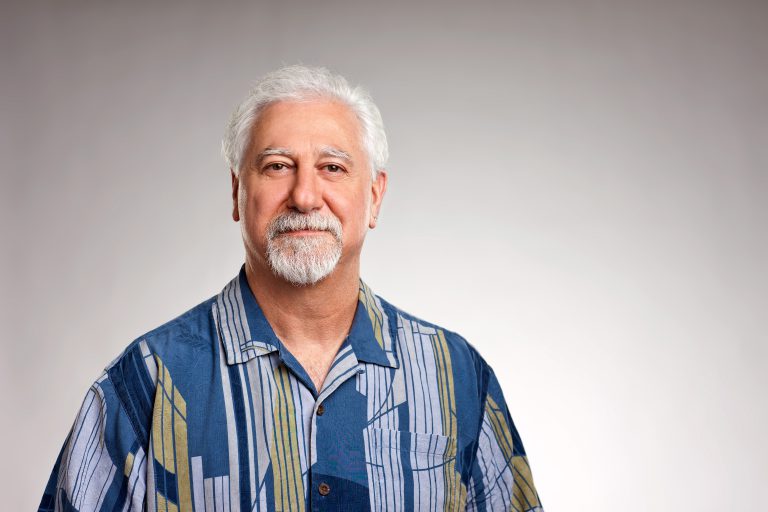 To do that, UF and its engineering college are investing $70 million in artificial intelligence training and development. Alumnus Chris Malachowsky (BSEE ’80) contributed $25 million to the initiative. Another $25 million in hardware, software, training and services came from NVIDIA, the Silicon Valley-based technology company he cofounded. The university is also hiring an additional 100 faculty specifically in AI-related positions that span academic disciplines, and intends to offer an undergraduate degree in artificial intelligence as well as a graduate certificate.

Those moves together will make UF and the state of Florida a hotbed for all things A.I.—whether in education, entertainment, health care, agricultural, finance or any other industry, President Fuchs believes.

“Artificial intelligence is poised to transform the way we all work with information, helping us address challenges and make discoveries that once seemed unattainable,” he said. “By immersing this powerful technology in the curriculum across UF we are positioning Florida as a global leader in a technological revolution that — similar to the smartphone — will transform the way we live, work and interact with the world around us.”

And that, Abernathy insists, is really what “Powering the New Engineer” is all about.

To find out out you can help Power the New Engineer, contact the college's Advancement team at 352-294-7941 or give online.