During UF’s darkest days, Rahul Patel “saw a community come together” on the Gainesville campus. That Gator spirit left an indelible impression.
By David Finnerty
“The university has given me more than I can ever give back.” – Rahul Patel

Support the university’s top priorities by making a gift to UF’s Greatest Needs and make an immediate impact.

Summer 1990 was a season of fear in Gainesville. Over four terrible days that August a serial killer stalking neighborhoods near campus savagely murdered five college students inside their apartments. As residents braced for the next attack, some out-of-towners withdrew from school and returned home. Others huddled with classmates, sleeping on floors and couches in hopes there would be safety in numbers.

Rahul Patel — barely 18 years old and alone with strangers — began his first semester at the university under that cloud.

While police searched for the killer, Patel watched Gators seek each other for mutual protection and comfort. And in the midst of the chaos and horror, he discovered something bigger in his chosen university: unbreakable unity. In those strangers, he found friends for life.

“Those first few weeks away from home when we had those tragedies, I saw a community come together,” he says. “I also saw the impact the student leaders at the time were making and how involved they were in the university’s overall response. It was inspirational.”

Almost 30 summers since that August, Patel (BA ’94; JD ’97) is an unabashed champion for his alma mater. Once a student member of UF’s Preview team where he helped incoming students navigate their new school, he’s now one of the university’s most respected guardians: a Florida governor-appointed UF trustee and chair of the board’s governance committee. 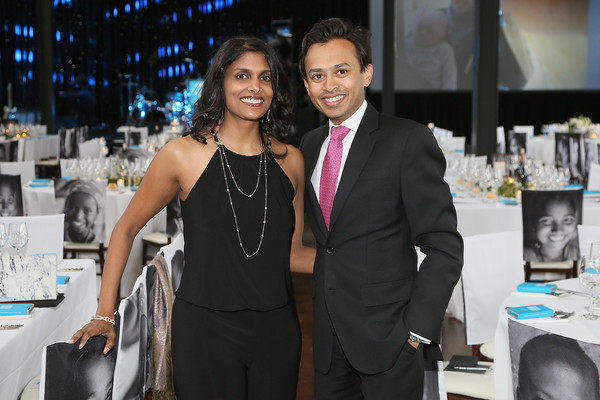 It’s the friendships — even in the darkest of times — that keep him coming back, he says.

“After seven years in Gainesville as an undergraduate and in law school, I wanted to stay engaged with the university because I realized pretty quickly that it wasn’t just a place where I went to school,” says Patel, a partner and head of the Global Private Equity/Mergers and Acquisitions Group at King & Spalding law firm in Atlanta.

“It was all the relationships I made at the university. Being a Gator became a way of life and that, in part, made me want to contribute and give back. I’ve stayed involved one way or another since the day I graduated from law school,” he says.

“The university has given me more than I can ever give back.”

President Kent Fuchs isn’t so sure. Patel’s contributions are one of the reasons UF is emerging as one of the greatest universities of this century, he points out.

“Rahul’s sustained engagement, leadership and wise counsel have made a meaningful difference in the university’s advancement in recent years,” Fuchs says. “We’re so fortunate at UF to have Rahul and Swati (his wife) as our steadfast friends and supporters.”

Before Rahul, no Patel in his immediate family had gone to college.

“We hadn’t even stepped on a college campus until I went to the university for Preview,” he says. “We didn’t know what to expect.”

The America Dream had beckoned the Patels when Rahul was 14. That year, he, his parents and younger brother emigrated from London and eventually settled in Cocoa Beach. At Cocoa Beach High School, Rahul did well and earned an academic scholarship from the state.

When the time came to pick a college there was little debate, he says. The decision to attend UF was made, sight unseen, because “it was the best public university in the state of Florida.” Simple as that. Once on campus, it proved to be a smart move.

“I immediately fell in love with the entire university community,” Patel recalls. “After a year or so I got involved in a lot of things outside the classroom, which strengthened my connection.”

Preview, UF’s official welcome and orientation for new students, was one of those things. Patel joined the team as a sophomore and met his future bride, Swati (BS ’93), who was also on Preview’s student staff. There were other campus organizations, too: Florida Blue Key, Reitz Union’s board of managers, Cicerones, Campus Diplomats.

“He was a natural leader who inspired others,” Kratzer remembers. “The traits he had as an undergraduate: the character and poise, being highly intelligent and extremely hard working, his quest for knowledge and quiet confidence, his genuine good heart — those are the same traits he has today.”

For Patel, those leadership experiences hooked him on service to his alma mater.

Along with being a university trustee, Patel is a member of the UF Foundation’s executive committee, the UF Health Jacksonville board and is a Law Center Association trustee. He’s also a former National Alumni Association president and Law Alumni Council president.

“It’s kind of a way of life for us,” Patel says of his and Swati’s commitment to the university. “While it’s me at all the meetings and this, that and the other, the support I get from my wife and daughters (Anyssa and Selena) makes it possible. They embrace it and are incredibly supportive when I’m on the road doing things to try to help the university.”

Rahul and Swati’s devotion to UF is no surprise to Kratzer.

“Anyone who met Rahul when he was a student knew he was going to do great things,” Kratzer says. “He’s the kind of person you want whether to lead the alumni association or take care of a critical business dealing or just to be a lifelong friend. I can’t think of anyone who has given more of his talent back to the University of Florida.”

The terror that fell on UF in summer 1990 and then-student body president Mike Browne’s (BSBA ’91; MBA ’97) call for calm and togetherness still ring in Patel’s memories. But for him what stands out most from those weeks is the strength that is The Gator Nation — that care for each other that so tightly binds alumni, students, professors and fans.

Even now, he says, some of his best college friends spend time together and each winter bring their families on an annual ski trip. After all these years, Patel is also still close to Kratzer, retired university administrator Myra Morgan and others he worked with while a student.

“If you think about what the one greatest benefit is from the university, no question that for me it’s the individual relationships that I’ve made, both when I was a student and since graduating,” Patel says. “That’s the thing that has been the most rewarding — the relationships.”

Add to that UF’s academic might and it’s easy to understand that the University of Florida is special, he says.

“I can’t imagine there’s another university that you can get more out of — if you put in the time and the energy,” Patel insists. “Our university has all the resources and can provide all the opportunities anyone would ever need to go as far they want. It’s just a matter of embracing it.”

Support the university’s top priorities by making a gift to UF’s Greatest Needs and make an immediate impact.

Your Environment – Making Our Planet Our Priority