UF is taking its title as Florida’s flagship university literally as it explores a new urban campus in Palm Beach County.
By UF Advancement
“A once-in-a-century opportunity for our state, for West Palm Beach and for the University of Florida.” – UF President Kent Fuchs

Your gift to the Florida Global Technology and Innovation campus helps bring these high-growth programs to West Palm Beach.

It’s a fashionable saying. “The University of Florida is in Gainesville,” the slogan declares. “[But] the Gator Nation is everywhere.”

Time for a rewrite.

UF isn’t just in Gainesville anymore. Far from it. Its centers and institutes are all over the Sunshine State. There’s UF Health Jacksonville, the Whitney Laboratory for Marine Bioscience in St. Augustine, Miami’s New World School of the Arts, UF Scripps Institute in Jupiter, the UF Research and Academic Center at Lake Nona, on and on. Not to mention UF/IFAS extension offices in all 67 Florida counties.

And now, the university’s gigantic Florida footprint is about to get bigger.

UF will add an urban campus in downtown West Palm Beach to its portfolio in the not-too-distant future. While details are still in the works, commissioners there unanimously approved UF’s plans for its Florida Global Technology and Innovation campus, which could begin hosting students in rented classrooms as soon as fall 2023.

An optimistic timeline could have a permanent campus opening in 2026. To make that happen, the city of West Palm Beach and Palm Beach County have given UF more than seven acres. The university is raising funds to complete the expansion.

Tentative plans are to offer graduate courses for high-growth tech fields in business, engineering and law for 1,000 students. Leaning on UF’s goal to become “America’s A.I. University,” artificial intelligence and other high-tech tools will be used and taught to create what UF officials said will be “the state’s most vibrant technology-focused talent pipeline.” 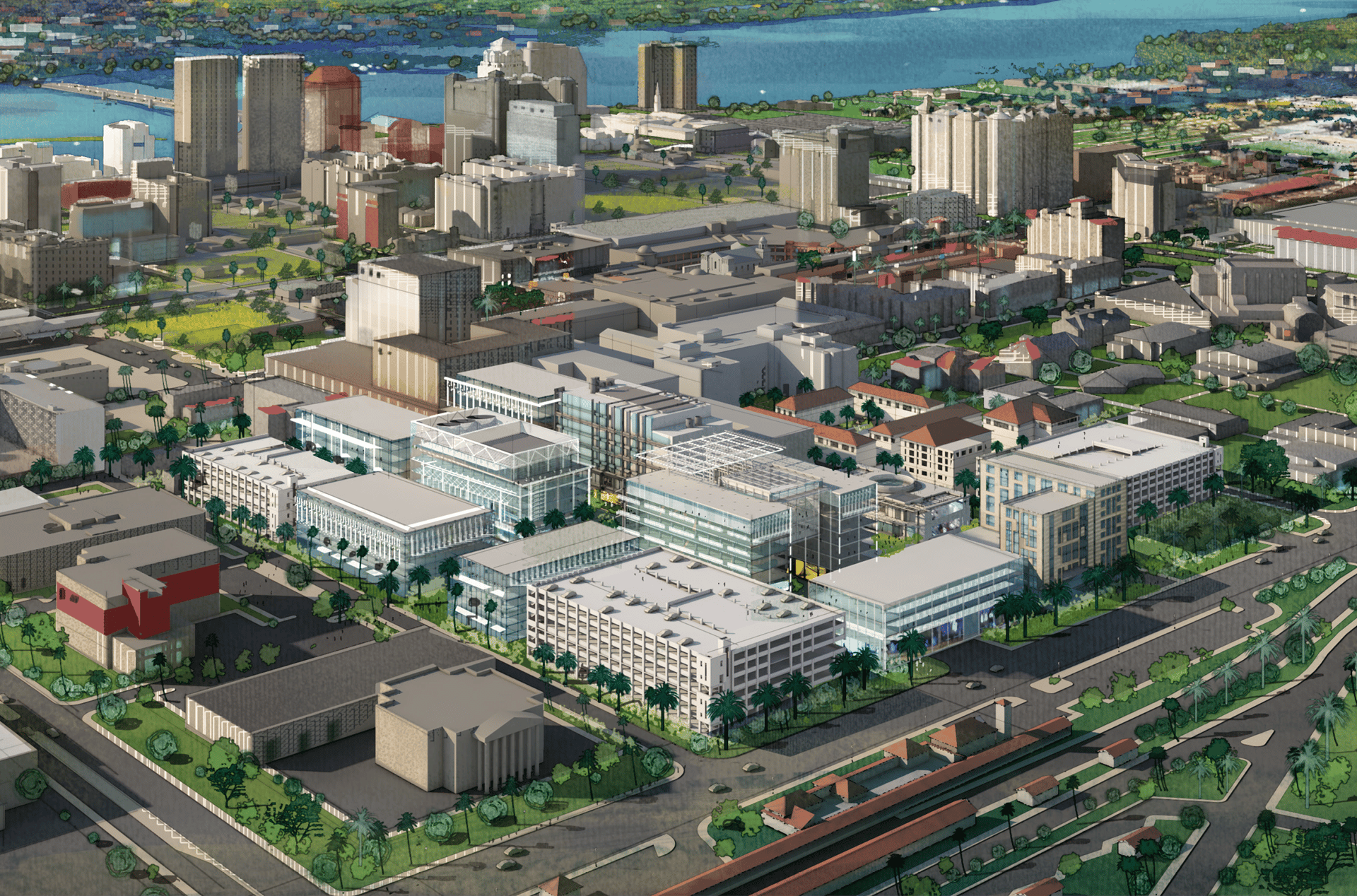 UF could open a new permanent urban campus in downtown West Palm Beach as early as 2026. The campus would help the university achieve its longtime goal to better serve South Florida.

Those in the know call the new urban campus a win-win. With 23,000 alumni in Palm Beach County — and more in nearby Miami-Dade and Broward counties — it’s a chance for UF to better serve those Gators and other South Floridians, a longtime goal at the university. At the same time, West Palm Beach will have a Top 5 public university to attract companies to the area and generate jobs.

“A once-in-a-century opportunity for our state, for West Palm Beach and for the University of Florida,” UF President Kent Fuchs said when the expansion was announced.

UF’s larger presence in South Florida is also a prime opportunity to work with Florida Atlantic University and colleges in the area, he said. To be most efficient, courses at UF’s West Palm Beach campus won’t duplicate those taught at other institutions in the region.

“We’ll be the best partners that [FAU and the colleges] ever had,” Fuchs told reporters. “We’re not going to be successful if we’re not a good partner. We want to add value for them as well as for the community. We’re not here to compete.”

Your gift to the Florida Global Technology and Innovation campus helps bring these high-growth programs to West Palm Beach.