This fund was established to honor Caroline Julier and James G. Richardson and to support the purchase of works of art for the Samuel P. Harn Museum of Art.

Caroline Richardson was born April 8, 1917, in New York City. She earned a bachelor’s degree in painting from the University of Florida in 1977. While at UF, she also competed in basketball, hockey and swimming.

James Richardson was born February 18, 1917, in Walnut Ridge, AR. He earned a master’s degree in 1952 from the College of Liberal Arts and Sciences. He was a member of Florida Blue Key and Omicron Delta Kappa. Jim, as he was commonly called, married Caroline in 1943 after the couple met in New York. They had five children.

Jim was a three-time mayor-commissioner of Gainesville in the 1960s and the first secretary of Florida’s Department of Community Affairs. He also worked as a professor of finance at UF for about 35 years.

Richardson and his wife served on the Board of Directors of the University of Florida Foundation. Several endowments created by the couple were also influential in the formation of the Harn Museum of Art. 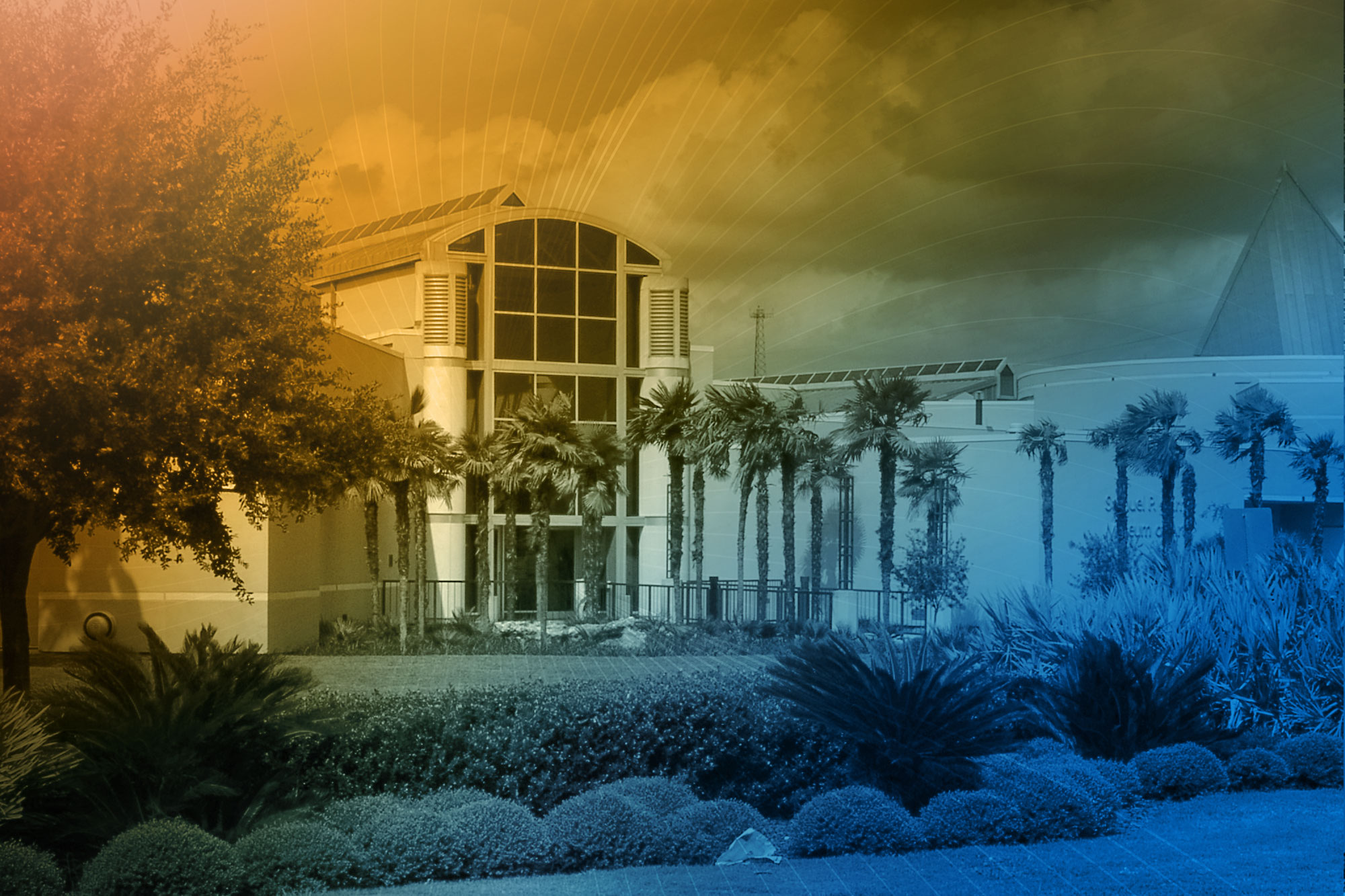