Gator football is a longtime tradition in the Pressly family. Herb Pressly (BCS ’58), Scott’s dad, took his kids to games when they were growing up, and now Scott is doing the same with his, pictured here with daughters Carden and KJ.

The chairman of Tropical Smoothie Café believes in balance – work, family, service, social life – and the power of free frappé to lift spirits.

This spring as the coronavirus tormented nations and stretched hospitals to their snapping points, Scott Pressly made smoothies. Dozens became hundreds. Each, to the health workers he gave them to, a moment of calm in the chaos. An act of thoughtfulness. A respite.

The free Bahama Mamas, Beach Bums and Mango Magics were gestures of gratitude to the women and men on the virus’ frontlines — and Pressly’s small way to pitch in during the pandemic.

“All of us need to do our part,” the chairman of Tropical Smoothie Café insists. “It’s unbelievable the environment that doctors and nurses work in every day. We like to make their day a little better by bringing them a smoothie.” 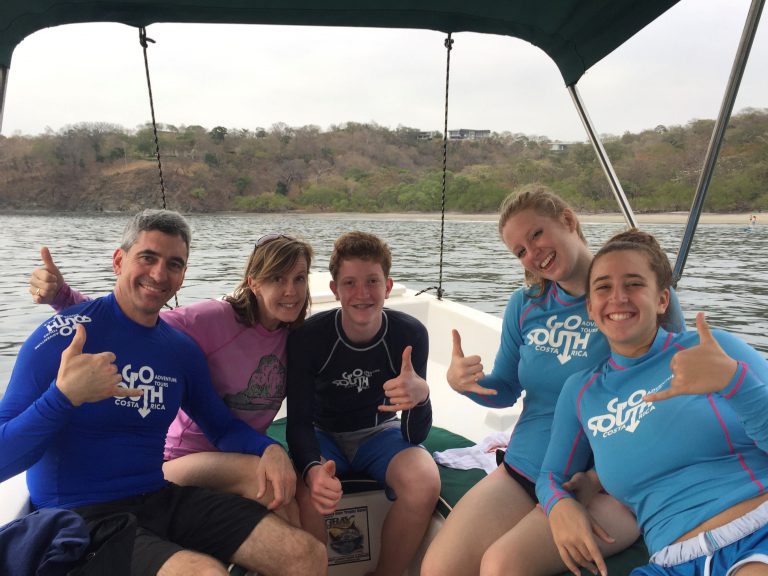 Scott and Barbie Pressly and their children, Palmer, Carden and KJ, split time between Atlanta and Gainesville so Scott can be more involved with UF.

And so he did. Over and over and over again. By April’s end, he and his family had personally churned and hand delivered some 700 smoothies to hospitals in Atlanta, where the Presslys live when not in Gainesville.

But he didn’t stop there.

Pressly and Tropical Smoothie Café CEO Charles Watson asked the franchise’s 840 stores to donate smoothies to first responders and hospital workers in communities across the country. Their plan was to give away 100,000. Within weeks — despite social distancing’s economic toll on their profit sheets — stores shot past that number and a new unofficial goal was set: 200,000.

“It gives us an opportunity to see what the health care workers are going through and to see smiles on their faces when we bring them smoothies,” Pressly says.

Which, really, sums up what Pressly himself is all about: compassion and empowerment — his response to COVID-19 the latest example.

“So many people are focused on their careers and think they’ll get to the other things that matter later in life,” Pressly explains. “It’s not all about one thing. You don’t have to have all the answers. You just have to work hard.”

Life in the Balance

Happiness, Pressly believes, is learning to juggle: career in one palm … family in the other … community service and relationships and spirituality and health all cycling through in the rotation.

“Anybody can take anything to an extreme, whether it’s fitness or work or even family,” he reasons. “I like the idea of juggling all the pieces, making sure none of them gets too low or drops because that will put it all out of whack.”

Those might not be words up-and-coming entrepreneurs expect from a man who’s made a livelihood investing in new companies. But Pressly lives those sentiments. 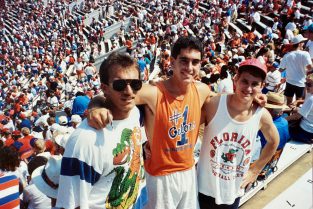 “What I am most proud of in my life are not my business achievements,” he says, “but rather that I was able to coach 21 different sports seasons for my kids, travel with my family to more than 25 countries, be actively involved in ministries in Poland, central Europe and Atlanta, and, most importantly, to spend 27 incredible years with my wife.”

That groundedness is a gift from his parents. Herbert Pressly (BCE ’58), his dad, worked for Florida’s Department of Transportation in Tallahassee from his college graduation to retirement. Mom Joyce Pressly was committed to social programs, especially for underprivileged children. On fall football weekends, it was all about cheering on the orange and blue.

That balance — job, service, fun, each other — stuck with Pressly. The “juggling” came naturally:

While those things taken together make life whole, the most rewarding, for him, is coaching, Pressly says — whether it’s middle schoolers or aspiring business owners or people who need a caring hand.

“That’s fulfillment, when you can help somebody achieve their dreams or be better off,” he says. “Seeing someone reach their potential is what it’s all about.”

Pressly always knew he’d go to UF. Even growing up in Tallahassee — with Florida State University shading his childhood — he knew. The ache to be a Gator was too strong to ignore. So when time came to pick a college he didn’t bother applying anywhere else.

“There is a great sense of pride in belonging to the Gator Nation and I love being part of it,” he explains. “I can’t resist giving a ‘Go Gators’ nod to anyone wearing the orange and blue.

“It makes my family sort of nuts,” he adds, “but that greeting is always met with a welcome, knowing smile. The collective achievements of the university — its students, athletic teams and alumni — are somehow summed up in that simple, universal greeting.”

Chemical engineering, on the other hand, was less certain. Pressly majored in it out of high school because, frankly, he didn’t know what else to do.

“The reality is I didn’t even really know what a chemical engineer does,” he admits. “We put so much pressure on kids when they’re 18 to decide what they’ll do for the rest of their lives. I didn’t have any kind of a plan.” 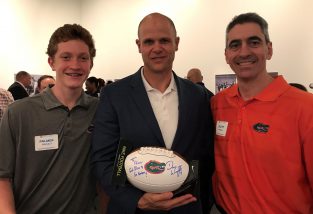 Scott Pressly (pictured with son Palmer) and former Heisman winner Danny Wuerffel (BSPR ’96) have teamed up to improve communities in Atlanta and in other cities. (Photo courtesy Scott Pressly)

That didn’t stop him from being good at it, however. Really good.

So much so that classmates voted him their Society of Chemical Engineers chapter president. That same year, UF ended up bringing home a national award.

Some of Pressly’s fondest memories are tied to the hours spent with friends in the engineering college. Years later, as his interests turned toward business, lessons learned with those friends and his engineering professors served him well, Pressly says.

“The skillset required for both [business and engineering] are amazingly similar,” he promises. “How do you break down large, complex problems into their fundamental components to assess trends and create hypotheses for a future state?”

Or, put another way: “There’s just something about building things that I enjoy.”

Now, with all the most important pieces of Pressly’s life circling in a smooth arc, he’s adding more: leadership at his alma mater. He’s vice chair on UF’s Whitney Laboratory for Marine Science’s board of trustees and also a member of the engineering dean’s advisory board.

And he hopes to do more for the university. For that, he credits his undergraduate mentor, professor Spyros Svoronos.

“Dr. Svoronos was fantastic,” Pressly says. “He was an unbelievable inspiration. He spent an incredible amount of time patiently teaching, mentoring and encouraging me. It is a privilege and, quite honestly a pleasure, to continue in his footsteps to assist the next generation of the Gator Nation.”

The question now, though, is where to focus. But, Pressly says, that’s a good problem to have.

“There are so many exciting initiatives at the University of Florida it has been difficult to choose where best to offer my support,” he says. “Helping the next generation of students motivates me to give back.” 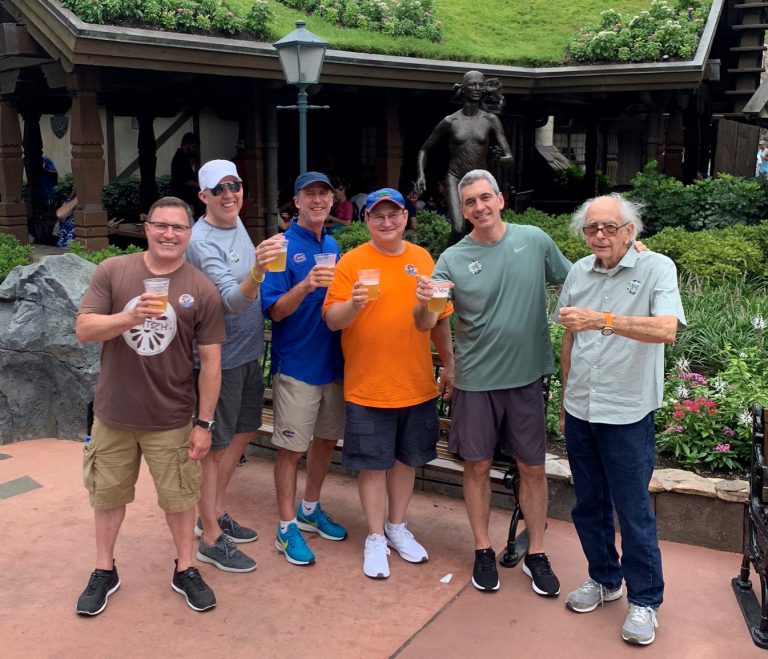