Vobile, a company owned by Yangbin Wang (center), received a 2018 Technology and Engineering Emmy Award for contributions in the area of stemming video piracy. (Photo supplied)

If someone had told Yangbin Wang (MSEE ’93) he’d one day receive an Emmy award for his contributions to TV technology, it could have saved him a lot of apprehension. But in 2007, the head of a fledgling Silicon Valley startup found himself in a different kind of competition — fighting for his company’s life. His business had launched two years earlier, and still, it had no customers.

Enter Hollywood, which was seeking ways to stem the piracy that threatened the film industry. The six major studios wanted to test emerging anti-piracy technologies, and Wang decided his company, Vobile, needed to enter the competition.

“We had nothing. But we had a dream,” he says of that time. “We were climbing a high mountain full of snow.”

Wang hoped his company would at least earn a spot in the top three. But Vobile, which The New York Times referred to as a “no-name startup,” finished first, beating out higher profile digital fingerprinting companies. Talks with major studios, and investments from Disney and AT&T, followed.

Today, Vobile’s patented Video DNA technology is considered an industry standard. In April 2018 the National Academy of Television Arts and Sciences awarded the company a Technology and Engineering Emmy, which honors tech companies that have improved television. At the beginning of this year, Vobile launched an IPO on the Hong Kong Stock Exchange.

Back to the Beginnings

He recalls a lesson that stayed with him. Jose Principe, his electrical and biomedical engineering professor, drew a circle and told students that the inside represented current knowledge; the outside, the unknown. Principe encouraged them to work in the area outside the circle, attempting to make breakthroughs and advancing the field. Wang says that illustration always encouraged him to seek leading-edge technologies.

Shortly after graduation in 1993, Wang was lured to Silicon Valley. Being so close to big-name companies and working side-by-side with other innovators was inspiring.

“I said, ‘Wow, you can actually take an idea and do something big,’” he says.

Wang worked on the front lines of an industry transformation at Compression Labs, a company that developed ways to bring hundreds of TV channels to small rooftop dishes.

When Wen Chen, his mentor and the co-founder and chief scientist of Compression Labs, began another Silicon Valley startup, Wang followed him and later branched out to create his own startups.

His first company, launched in 1999 with the prescient goal of streaming movies over the internet, failed. “I was totally naïve,” he says. Bandwidth was the major obstacle. Copyright laws, too, constrained movie distribution.

Ironically, one of the companies he pitched to was Netflix, which at the time shipped DVDs through the mail. He told executives, “We have a technology that could help make you the true Netflix. Right now, you’re not Netflix, you are Envelope-flix.”

By the time Netflix had succeeded with internet streaming, Wang had already found another niche.

Vobile was founded in 2005 to catch pirated video streaming via the internet. By taking “fingerprints” of movies frame by frame and storing them, Vobile finds matches in its database.

A decade later, Vobile’s clients include every major movie studio, several TV networks and even Netflix. Wang directs Vobile’s operations in Canada, Hong Kong, Japan and the United States. He is grateful to fellow Gator Sachio Semmoto (MSEE ’68, PhD ’71), the godfather of Japan’s telecom industry, for serving as a personal mentor and advisor to Vobile.

Amid all his success, Wang has carved out time to pass on his knowledge. He funded innovation fellowships at UF and connected students with experiential learning opportunities in Gainesville and on the West Coast. He continues to advise UF on the direction of its engineering programs through his service on the West Coast Engineering Advisory Board and as a regional ambassador on UF’s National Board.

“Gainesville is my American hometown,” Wang says. “UF helped me lay the foundation of my career in the United States. I fully support the university’s initiative of going greater together and I want to help bring more opportunities to Gator students.”

The appreciation is mutual. Wang “is absolutely a Gator to know,” says UF Engineering Dean Cammy Abernathy. “He is shaping technology and reshaping the entertainment industry.”

His involvement, too, has been critical to the college’s success, she says. “His incredible work and his thoughtful guidance are helping us ensure students are prepared for the ever-evolving needs of companies in our field,” says Abernathy.  “We are deeply appreciative of him and his efforts.”

Wang has been described as a man without a time zone because he’s constantly traveling around the world. As he does, Vobile continues to receive accolades of every kind. Wang says the Emmy was certainly among his proudest achievements. 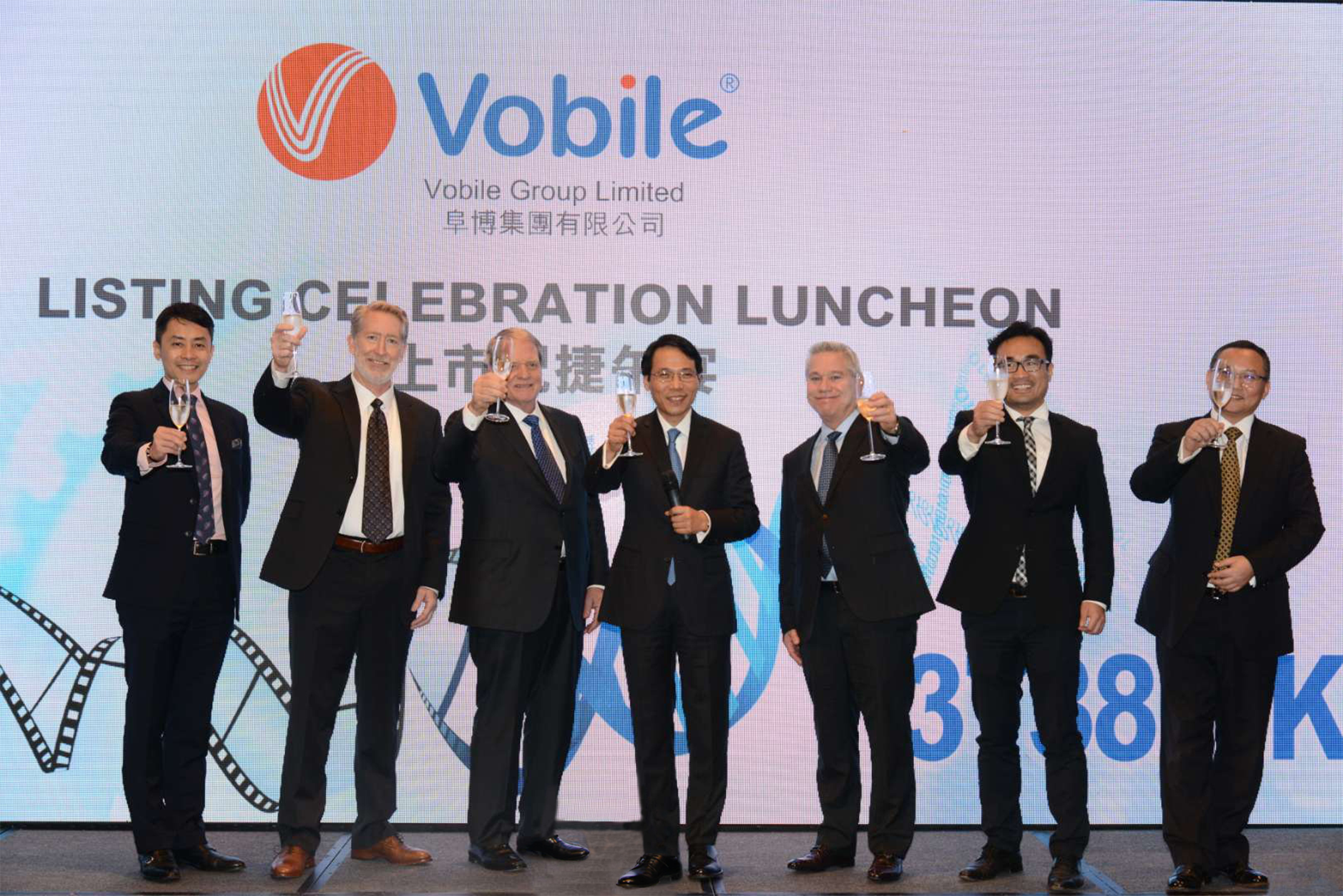