An alarming number of animals, plants and insects are going extinct — and UF scientists, joined with concerned philanthropists, are scrambling to stop the global catastrophe. 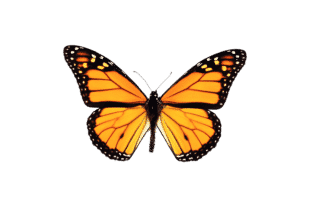 Monarchs might be small, but their role in the ecosystem is huge. Most flowering plants depend on the butterflies and other insects for pollination. Even though monarch caterpillars are poisonous to most predators because of the toxins in the milkweed the monarchs eat, some animals — like orioles, grosbeaks, ants, wasps and spiders — feed on them. Their summer breeding grounds cover most of the United States and southern Canada, but monarchs migrate to Mexico, the California coast and South Florida to overwinter.

Mexico’s Central Highlands flitter in gold each winter when the monarch butterflies arrive. Hundreds of millions migrate to forests there in one of nature’s most spectacular phenomena. Thick clusters cling to fir trees and underbrush. Flapping, rust-colored wings carpet footpaths. When disturbed monarchs take flight, the swell almost blocks the sun.

But their population is dwindling, biologists warn. There was a time when branches would snap under the butterflies’ weight and the chatter from so many fluttering wings sounded like a river’s babble. 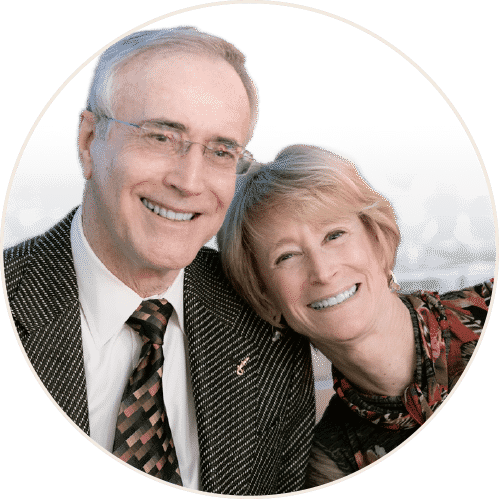 “When you see it firsthand it is awe-inspiring — to stand there surrounded by millions of monarch butterflies and realize they’re at risk, and that what we do puts them at risk — we need to protect them,” Linda McGurn (BSBA ’73, JD ’78) says.

It’s not just the monarchs that worry the couple. Not since the end of the dinosaur era have extinctions been this massive and widespread. Tropical rainforests alone are said to be losing 27,000 species each year, and odds are that within the next few decades the last lowland gorilla, black rhino, Asian elephant, Galapagos penguin and Malayan tiger will be gone. Even the famed Joshua tree, which has been around for 2.5 million years, might not survive another 100.

It’s with those troubling predictions that the McGurns — this year’s Go Greater campaign co-chairs — have invested in UF’s Biodiversity Institute to slow the extinction rate of plants and animals in Florida and across the world. The institute’s specialists are from disciplines ranging from engineering and journalism to wildlife biology and land management. Their collective hope: use research and hard data to convince communities to adopt conservation strategies, while preparing them for a soon-to-be unfamiliar environment.

“We’ve seen how what we do affects folks around the world,” he says. “It’s the bigger picture that a lot of people don’t see, and that’s what the university is doing: having interactions all over the world as we tackle these issues.”

The McGurns’ interest in protecting the environment is nothing new. Long ago, the couple started incorporating solar energy and other environmental-friendly practices into the apartment buildings, storefronts, commercial offices and parking lots they owned. It made good business sense, the McGurns insist, but it was also the right thing to do. The Alachua Conservation Trust and other environmental groups are also high on their priority list of things they support. 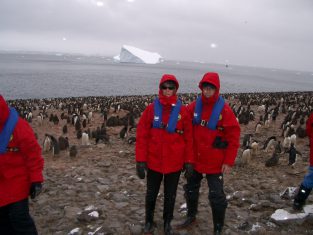 “We Want to Leave the World a Better Place”

We hope UF can present fact-based research that will be persuasive to our leaders in the state so that we can survive climate change.

With the university, Ken McGurn sees another way to “leave the world a better place,” he says. “We’re looking at the long term, and the university is in it for the long run.”

“What we do today is very important for generations to come,” he explains. “If we don’t recognize some of the bad things we’re doing, we can’t correct them.”

Along with Mexico, the McGurns have been to Panama, Great Britain and the Galapagos Islands with UF scientists for fossil digs and explorations. Those experiences have deepened their commitment to the environment.

“When you dig up something that’s 10 million years old, it kind of puts everything else in perspective,” Ken McGurn says.

“Everything is so interrelated,” Linda McGurn adds. “We’ve learned how fragile the ecosystem is. If we kill all the milkweed in the middle of our country, butterflies might not make it — and everything just starts cascading.”

We’re looking at the long term, and the university is in it for the long run. What we do today is very important for generations to come. 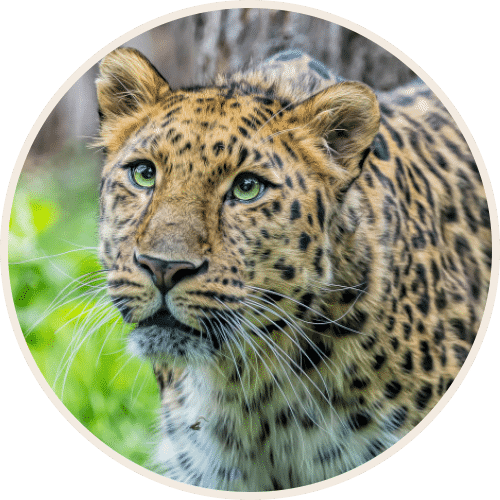 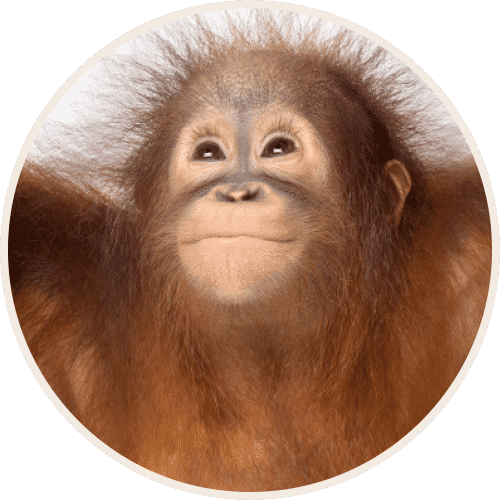 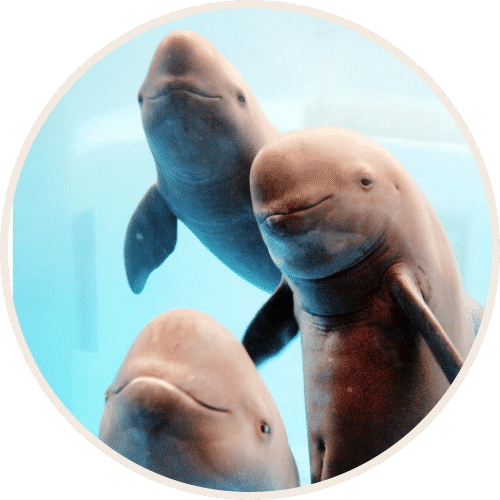 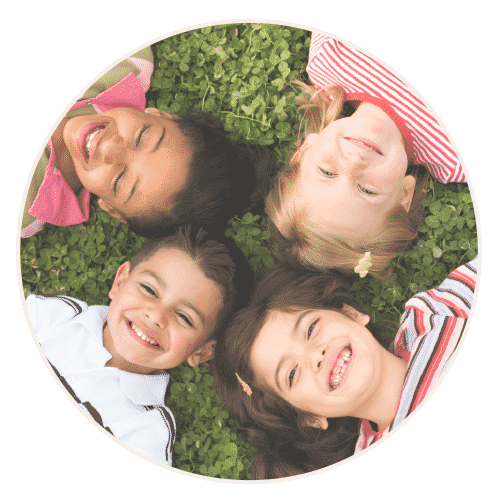 What is biodiversity? And why it's so important

The variety and abundance of plants and animals in a given area define its environmental health. Each plays a critical part, and imbalances can be catastrophic — not only for the habitat but also for humans. That delicate mix is known as biodiversity. 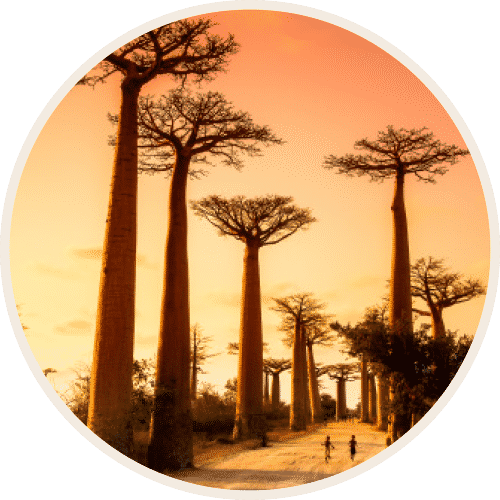 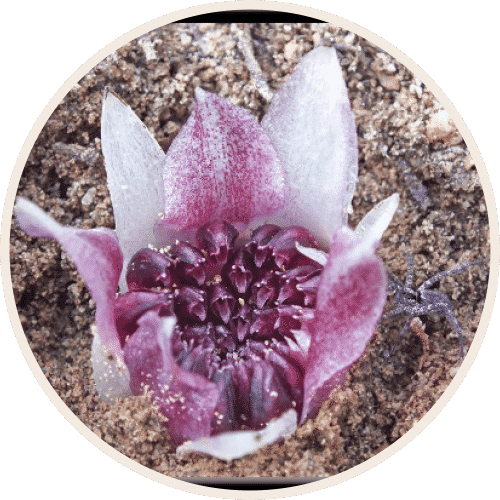 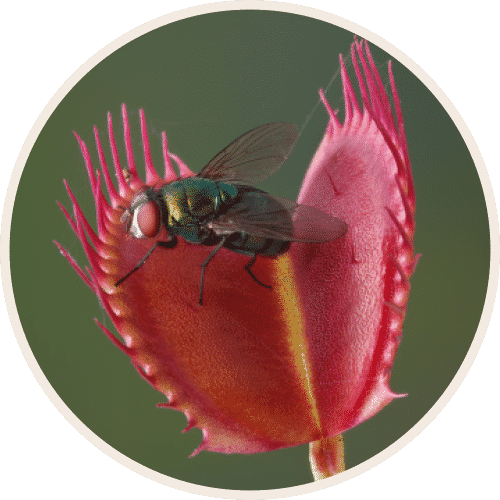 Extinction by the Numbers
21
Percent of reptiles in the world deemed endangered or vulnerable
68
Percent of evaluated plant species that are threatened
251
Bird species in the United States that are of conservation concern
700
Imperiled North American freshwater fish species (39 percent)
1,131
At-risk mammal species across the globe
6,300
Species of amphibians, a third or more of which are estimated to be at risk
1.3 million
Known invertebrate species, of which 30 percent could go extinct 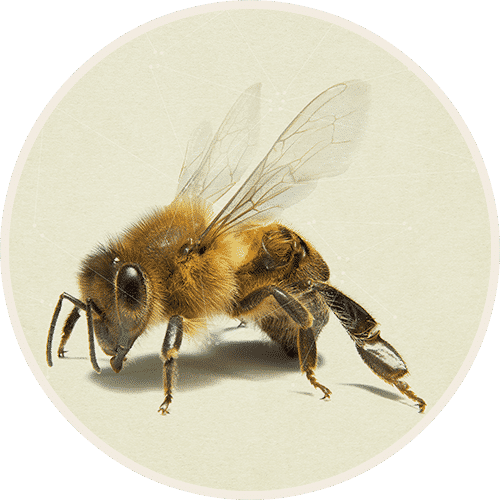 Worldwide bee populations are in decline. Keeping bees healthy got a major boost with the opening of the University of Florida’s state-of-the-art Honey Bee Research and Extension Laboratory in 2018. The facility’s mission is to advance understanding of managed and wild bees in Florida, the United States and the world through research and education.

Find out more at https://bit.ly/2hDXxhP 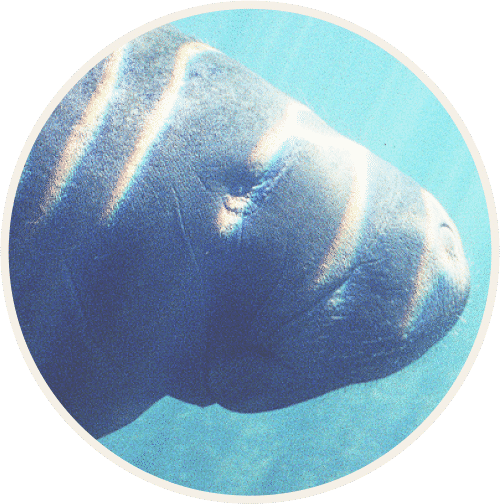 Florida’s ecosystems include more than 4,000 plant species, and the state supports the highest concentration of federally sensitive, threatened or endangered species in the country. On the other side of the equation are invasive species. More than half the plant life in South Florida is non-native, throwing that touchy balance out of whack. 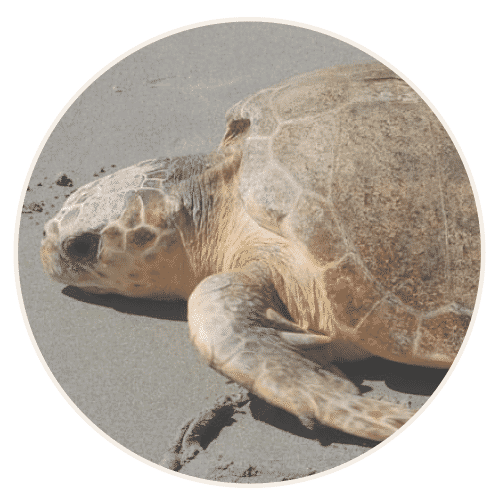 12 Ways to Increase Biodiversity at Home
A dozen ways you can give wildlife, pollinators and plants a fighting chance:
1
Go native. Native plants provide better food and cover for wildlife and pollinators, and generally require less care and resources.
2
Reduce pesticide use. Spraying your yard to kill one pest can also eliminate other beneficial species, including pollinators such as bees, wasps, beetles, moths and butterflies. Instead, spot treat or use baits, and allow pest eaters, such as spiders, ladybugs and paper wasps, to do the job for you.
3
Limit the lawn. Manicured lawns are like concrete to most species. By not mowing certain areas, you will be creating shelters for , as well as food sources.
4
Go for groundcovers. Not only are native groundcover plants more valuable for wildlife than lawns, but they require less mowing, fertilizing and water.
5
Add islands. Islands grouped near each other reduce the amount of open space animals must cross, alleviating some risk that they will become prey.
6
Layer your look. Think a tree near a medium-sized bush with some groundcover beneath. “Vertical layering,” as it’s known, provides safer feeding opportunities for wildlife. Leaving some dead trees and a brush pile or two is beneficial for small mammals, birds and butterflies, too.
7
Plant a butterfly garden. Add plants for both adult butterflies and their larvae (caterpillars) to munch. (They feed on different types of plants.)
8
Provide bird feeders, and bird and bat houses. Keep feeders clean, and research the type of house and feed that work for your area.
9
Remove invasive exotic plants. About 1.7 million acres of Florida’s remaining natural areas have been invaded by exotic plants. Pest plants destroy more natural habitat every year than development.
10
Manage pets. Cats are expert hunters, and loose dogs harass and kill a wide variety of wildlife species. And it goes without saying: Don’t release parrots, iguanas, snakes, toads or other pets into the wild.
11
Consume consciously. The less you buy, the less habitat is destroyed to manufacture products, and the less is thrown away in landfills. Reuse items as often as possible and learn to compost. Your reward: a rich soil amendment.
12
Help out. Support your local park by visiting, donating or volunteering. Participate in clean-ups to remove garbage and invasive species from natural areas.

There’s an App for That

One Tree One Planet is a mobile app developed through the Florida Museum of Natural History to map the relationships that link all living things and to discover ways to protect life on Earth. 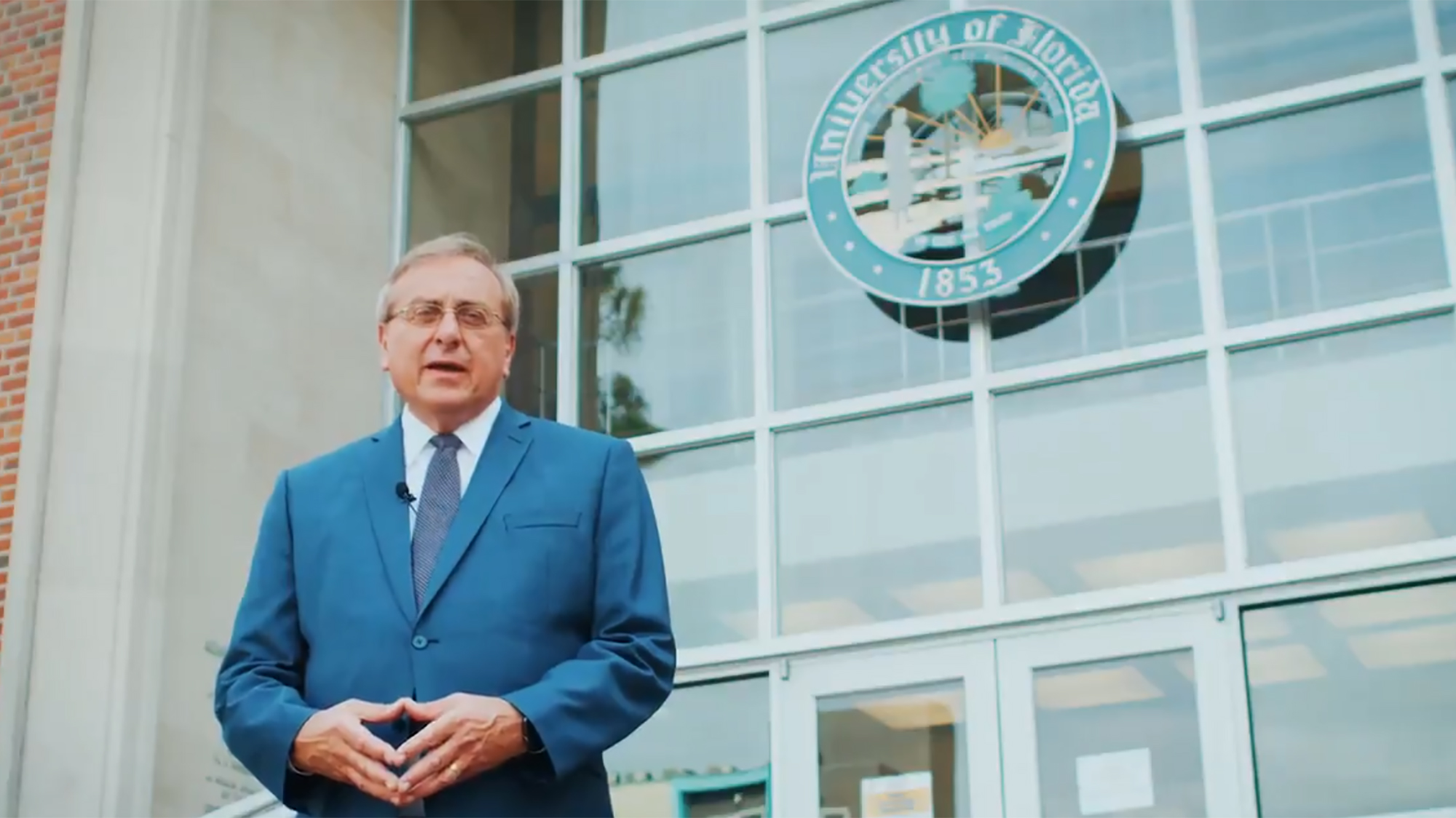 “Racism and violence directed at African Americans must stop” 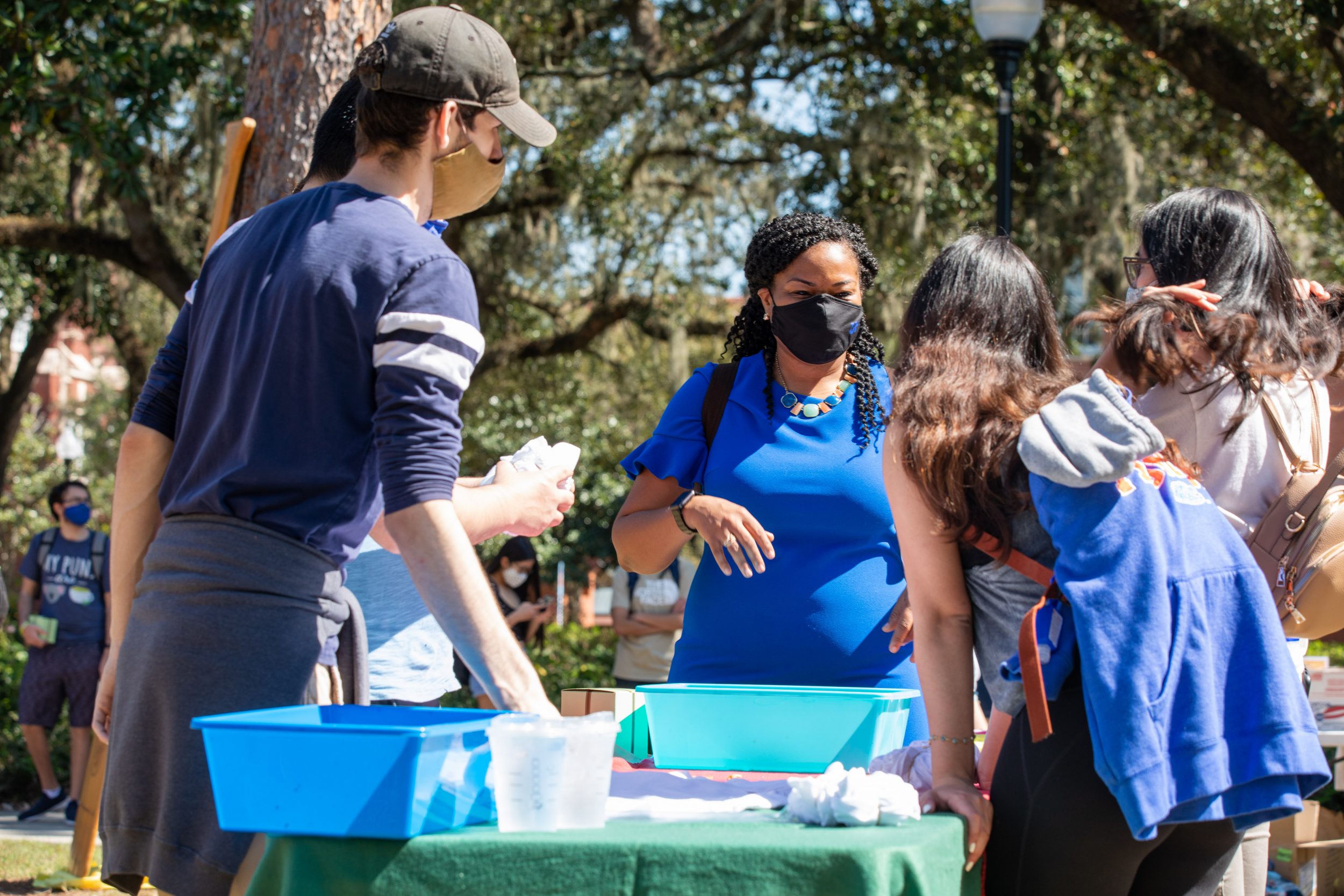 On “Recharge Day,” a Spring Break from Routine 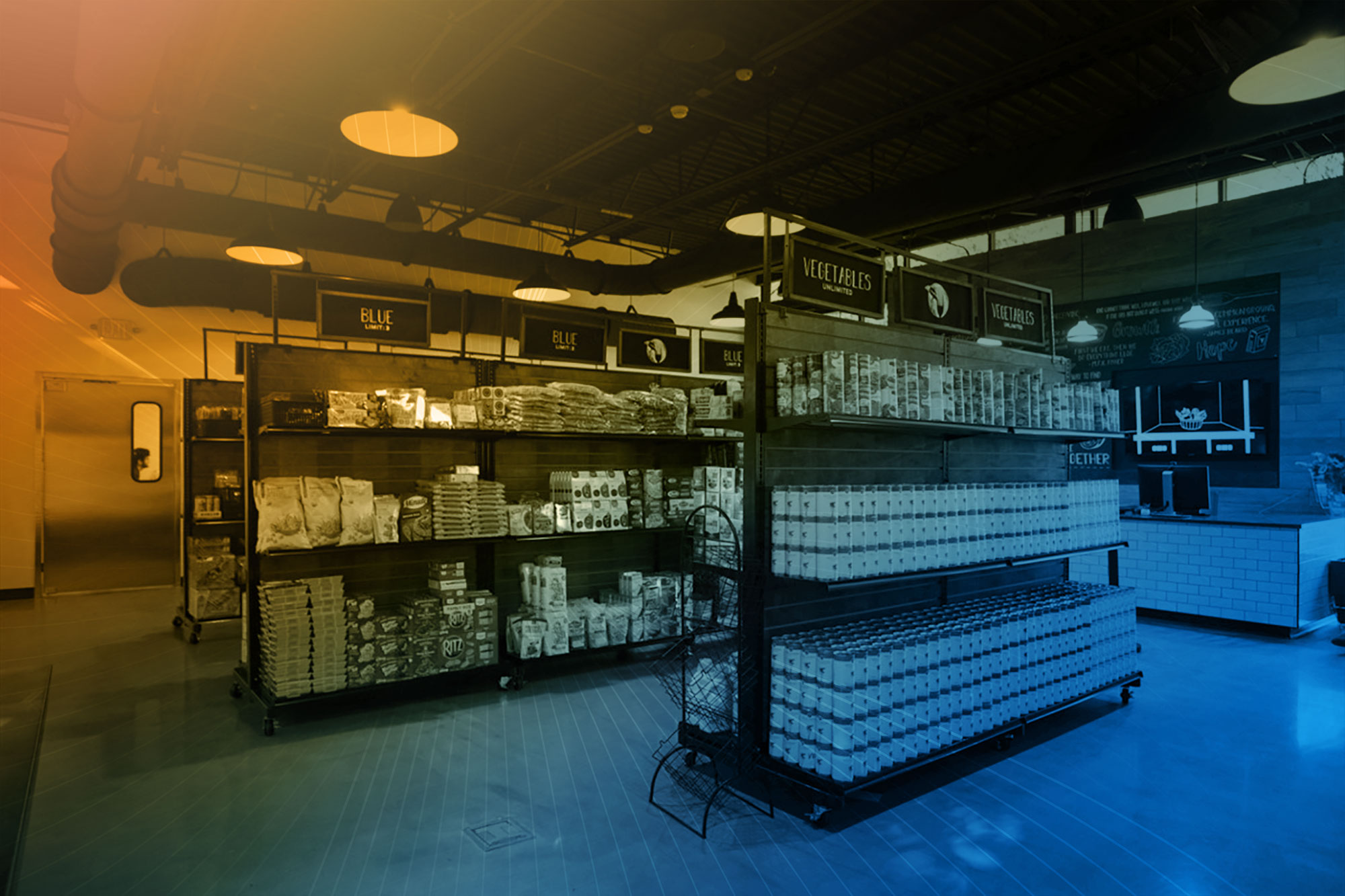