Henry (dog) and Baloo nap during a hike break in Colorado.

Turns out, a dog with separation anxiety and a cat with abandonment issues make great emotional support animals for each other.

To say they are bonded is an understatement.

More accurate: They are soldered together — the lanky German Shepherd-Husky-Boxer-Staffordshire Terrier-Aussie mix and, perched atop his head on a hiking trail, or affixed to his back as they ford a stream, or snuggled next to him in a sleeping bag, his Siamese-mix sidekick. 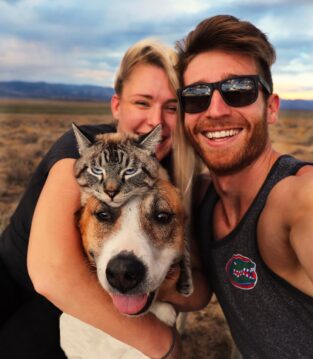 Andre Sibilsky (BSBA ’10) and his girlfriend, Cynthia Bennett, pause for a selfie while Baloo relaxes in his usual hiking pose on top of Henry’s head.

Henry and Baloo, as they are known, are more than just a dog and cat who defy interspecies stereotypes. They are Instagram stars, their cuteness attracting 1.5 million followers as their adventures together cavorting across the Great Plains and Western states are documented and shared by their human companions, Andre Sibilsky (BSBA ’10) and Cynthia Bennett. There’s a Henry and Baloo calendar. And guest appearances at conventions and on television shows. And, when the two join Sibilsky and Bennett at cafes in Denver, plenty of fawning by an adoring and disbelieving public.

The most frequently asked question: How the heck do you guys do it?

“As much as we’d love to take credit, a lot of it is that they really just complement each other,” says Sibilsky, who came to UF from Dallas as a National Merit Scholar.

Turns out, a dog with separation anxiety and a cat with abandonment issues make great emotional support animals for each other. The clingy (literally and figuratively) kitten seemed to view Henry as a surrogate mother. This suited the needy Henry just fine. Add to that a shared love of the outdoors and a beautiful friendship was born.

As for their human counterparts, Sibilsky, who works in finance for TSYS, said he, Bennett, Henry and Baloo are loving the life they’ve built. They head for the trails, foothills, canyons and open road whenever possible.

And they’ll keep sharing their adventures. “We want to put positivity out there,” says Sibilsky. “There’s enough of the other stuff. We’ll just have to say ‘Go Gators’ more often.” 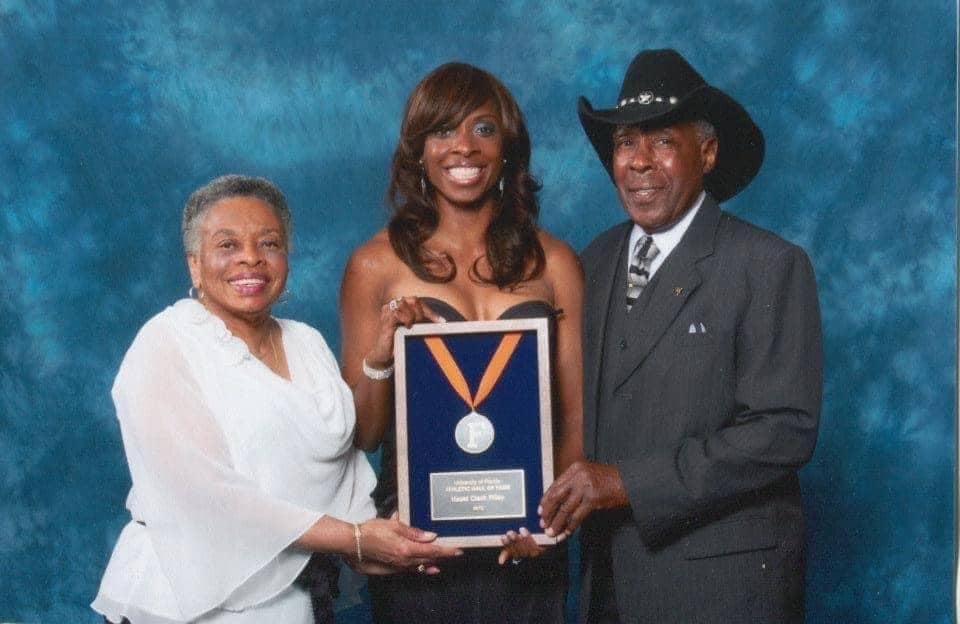 7 Questions from One Famous Father 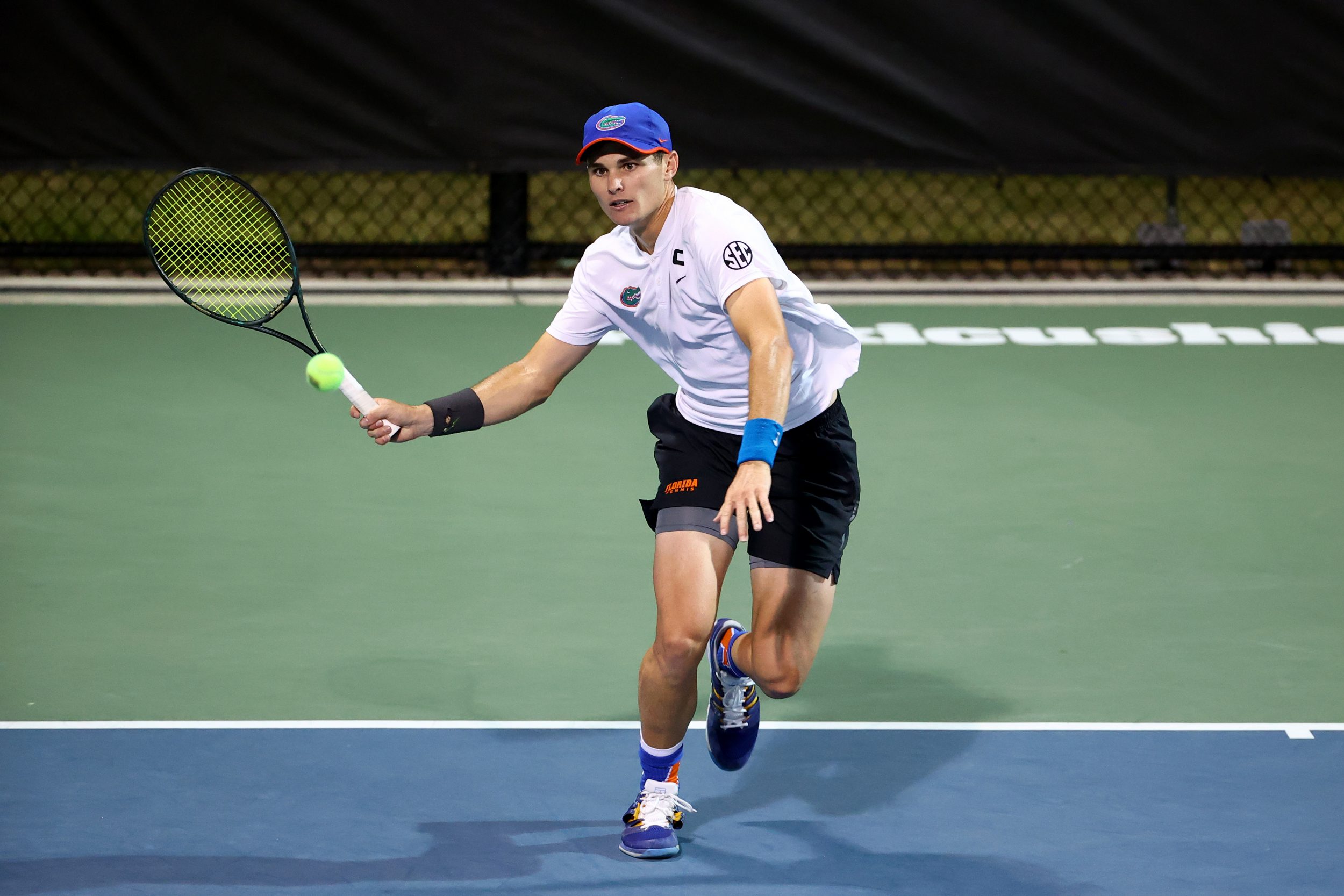