UF Gymnasts Resume Their Quest for Another National Title

When it comes to sports, there are expectations and then there are pandemic expectations. Whether you’re in a bubble set up by the sport itself or by your family, once you emerge you aren’t sure if you are more worried about the real world or all of the practices you missed while you were cozy at home.

That’s been the dilemma for all sports and certainly applies to the team that could have won it all last year and certainly can this year.

Florida’s gymnastics team started the season with the big red bulls-eye of the No. 1 ranking.

“It’s a big deal knowing it came from our peers around the country,” said UF coach Jenny Rowland. “But you have to take everything with a grain of salt.” 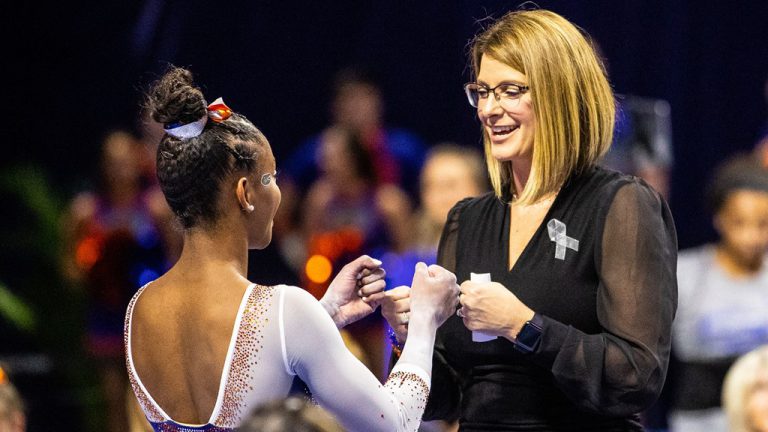 Head gymnastics coach Jenny Rowland, right, says she’s minimized noise during the team’s workouts so they can get used to the smaller, quieter home crowds they’ll experience this season.

There might not be enough salt to season the future for this gymnastics team. We are still going into uncharted territories, and every week’s meet – like it has been with other sports – will be dependent on COVID-19 testing. The Gators have an SEC-only schedule and a nice mixture of veterans and four freshmen.

Trinity Thomas, a College of Health and Human Performance junior, will also be training for the Olympics as Florida’s season unfolds. The fact that she is that good is a big reason why Florida is ranked No. 1.

But before these Gators could fully sink their teeth into the 2021 schedule, they had to put 2020’s season in the rear-view mirror. Florida was ranked second in the country when the pandemic put an end to sports seasons, and it felt like the momentum was going in the direction of a fourth national title. 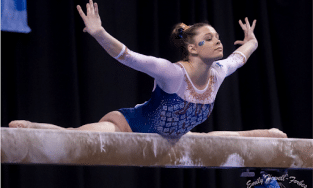 Advertising major Megan Skaggs said the hardest parts of the pandemic for her were not being able to practice in a gym and being isolated from her close-knit teammates.

“I would say the bitter taste is over,” Rowland said. “This team is just grateful to get back to what they love to do.”

You can say that again. Because while the Florida gymnasts could stay in shape, the gyms, for sanitary reasons, were all closed.

“It was really scary because I had never taken that much time off from gymnastics,” said senior Megan Skaggs (BSADV ’20). “And the really challenging part was that we were such a close-knit team spending all of our time together. And then you are pulled away from your teammates.

When schools were finally cleared to start practices, Rowland knew she had to tamp down the enthusiasm in the gym a little but just because she didn’t want to risk injuries.

“Doing gymnastics is not something you can jump right into,” Rowland said. “We did a lot of tumbling on soft surfaces. A lot of [the routines] are on track, but we had to modify a handful.”

There’s no telling what the early part of the season will look like. There may be a little rust, maybe even a little trepidation. The crowds will be limited to just over 2,000 and the young ladies won’t be able to count on the turbo boost of crowd noise for home meets. 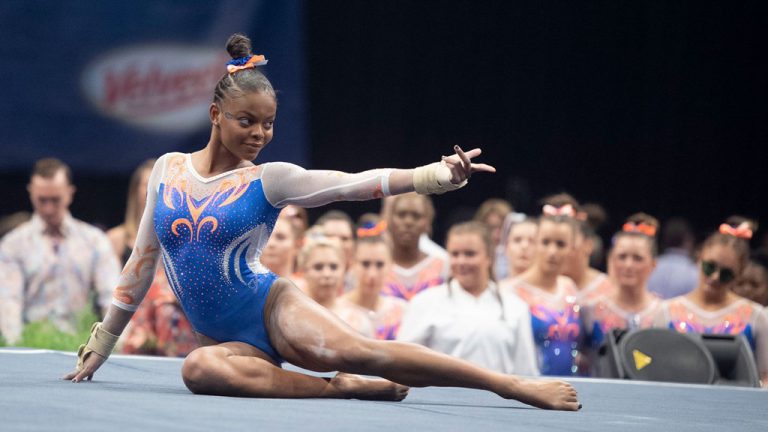 While she and her team aim for a national championship this season, UF junior Trinity Thomas also will be training for the Olympics.

“We’ve had many discussions about that,” said Rowland, who has minimized the noise in the gym to get the athletes used to a quieter atmosphere. “This team has always thrived on the crowds. That’s just not going to be the same.”

Heck, is anything the same anymore? Gymnastics annually has the third biggest crowds on campus behind only football and basketball. This will be a season where the student-athletes will have to bring their own juice.

And be prepared for the possibility of meets getting canceled. There are eight scheduled leading into the SEC Championships in New Orleans.

“We’ve done a real good job of preparing and getting through this,” Skaggs said. “It was really hard to trail at the beginning, not knowing if we had a season to look forward to. Once it was announced, it lit a fire under us.

“We just can’t wait to get back out there.” 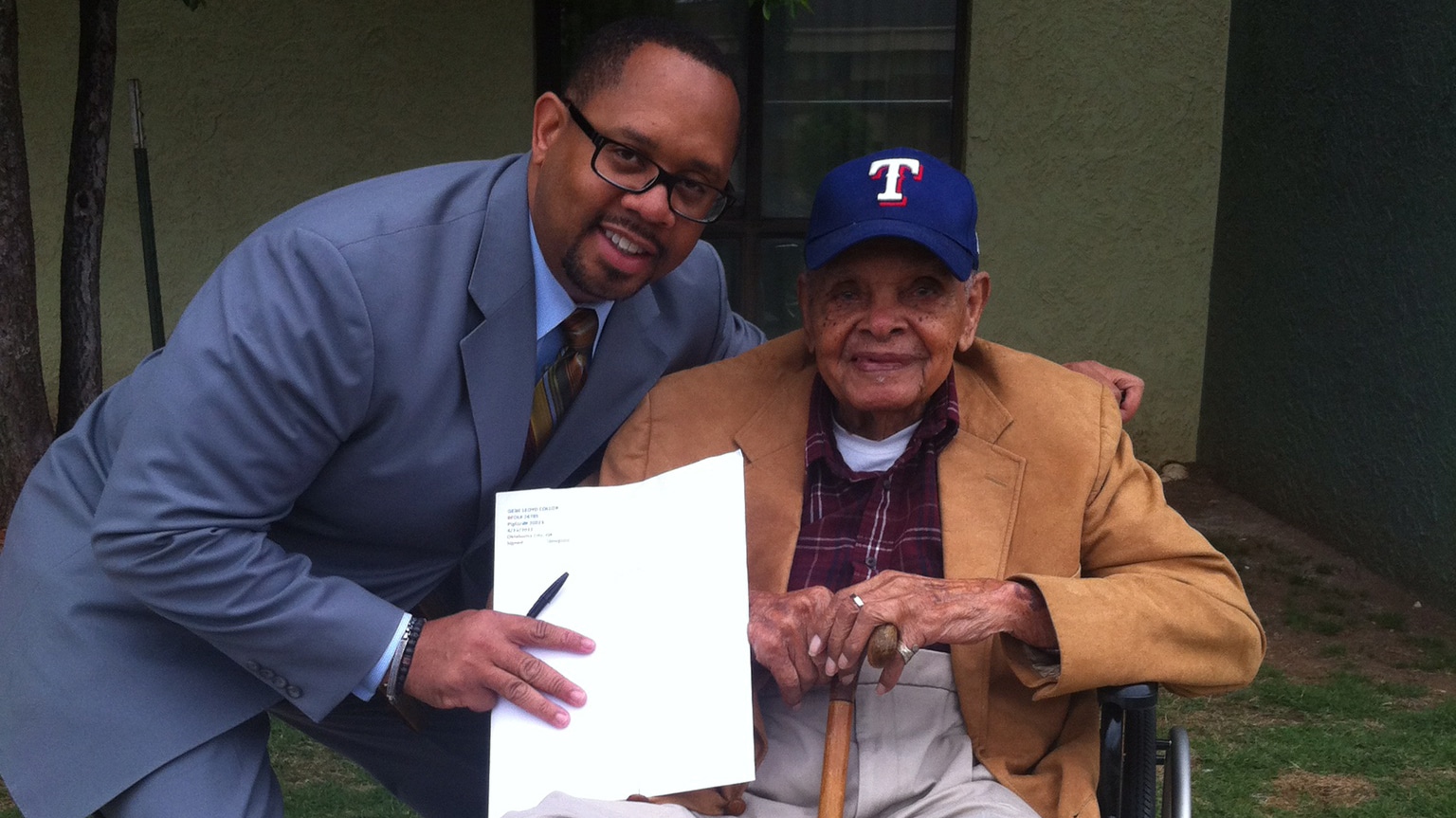 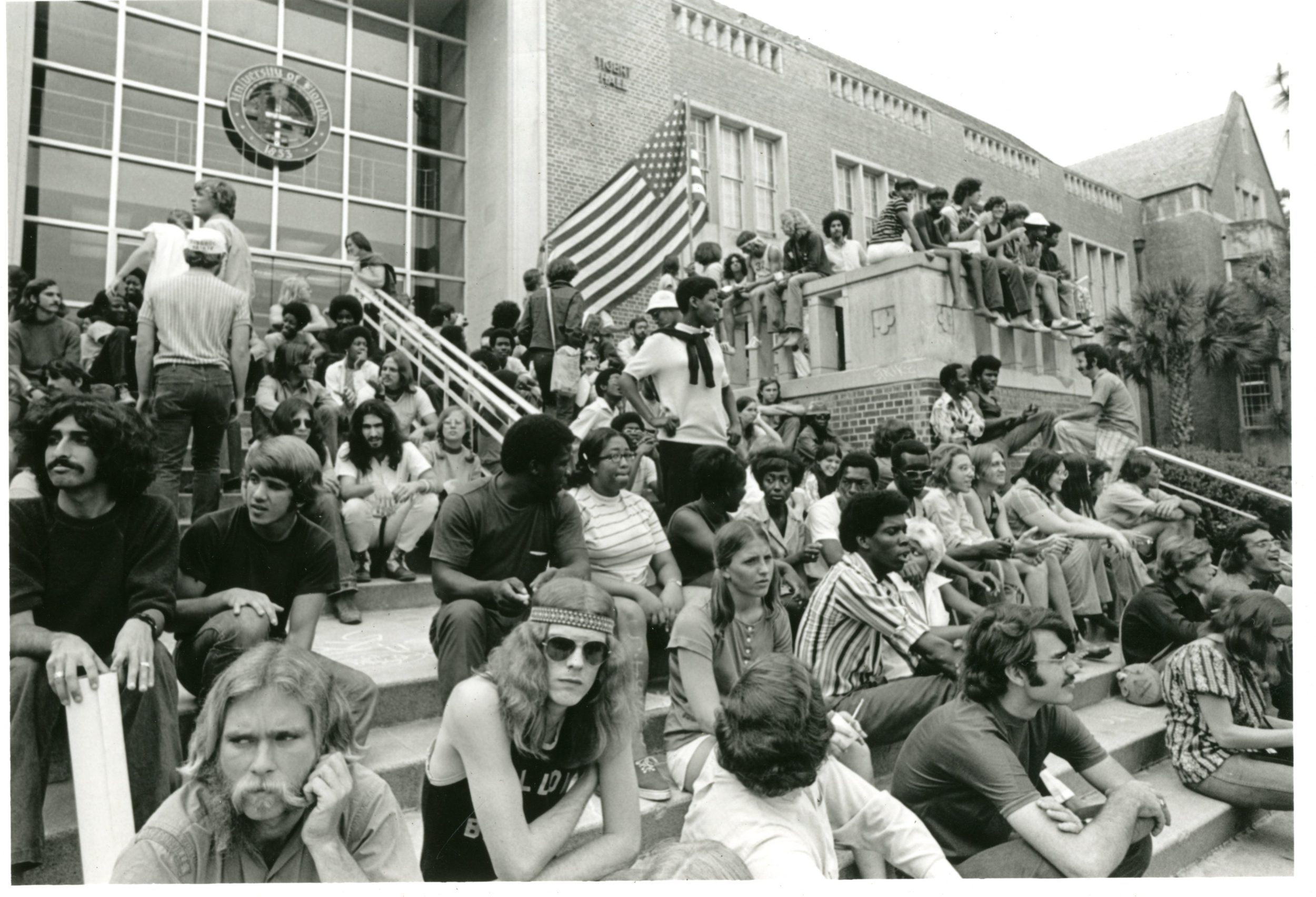