Nine and a half years into his career as a Wall Street banker, Jeff Lin walked away. Simple as that. No drama. No Jerry Maguire-ish speech on his way out the door.

That doesn’t mean his exit from Wall Street wasn’t unusual. Lin (BSAC ’02, MACC ’02) was a rising star at the time, a wonderkid director at Deutsche Bank in New York City. Nevertheless, here he was, that winter in 2012, turning his back on the City that Never Sleeps to backpack alone around the world.

“Wall Street was an incredible time, but I knew it wasn’t what I wanted to do the rest of my life,” Lin says. “I realized there was more to being fulfilled than purely material things.”

His reawakening, he’d decided, would start with boots and a passport.

And something did happen during his 12-month globetrotting odyssey. Somewhere crisscrossing South America, Asia and Europe, Lin rediscovered his groove. “I didn’t study abroad while in school, and I really wanted to be immersed in different cultures and with other travelers. You can’t go into something like that and come out the same,” he says.

Now an entrepreneur back in the Big Apple, Lin — whose most recent venture, FanChest, provides “the ultimate gift” to sports fans — says his goal is to “deliver amazing memories, like the ones I made at The Swamp.” More importantly, he says, he wants to “appreciate every minute on this Earth.”

Walk on the Wild Side

Lin had been plotting the backpacking adventure, more or less, since 2009, squirreling away money to hold him over for the coming months without a paycheck. But there was no real agenda. Just a hazy plan to take things as they came, to move on to new destinations when the time felt right.

With that deliberately unclear roadmap, he celebrated New Year’s Eve 2012 in Southeast Asia with friends — a last hoorah before a one-way plane ticket to Buenos Aires, Argentina, the first step on his long journey back to New York City. Just like that, he’d gone from five-star luxury hotels to youth hostels with bunk beds and community showers.

“My first night in the hostel in Buenos Aires, I didn’t know I was supposed to bring my own towel and top sheet for the bed,” Lin says, ribbing his rookie traveling-on-the-cheap mistake.

Twelve months later, Lin’s feet had carried him through 32 countries and to some of the world’s loneliest places, overcrowded cities and spectacular wonders.

But, really, his pilgrimage started long before his year as a nomad. It began in a downtown Gainesville parking garage in 2002, on a night Lin probably should have died.

Lin has no recollection of his skull being fractured, how or why. All he knows is what he’s been told: a newspaper deliveryman found him unconscious at 4:30 in the morning, Lin’s head trauma so severe doctors weren’t sure he’d survive, much less recover; and that on Feb. 19, 2002 — his 24th birthday — he woke from the coma.

Doctors at UF Health Shands Hospital couldn’t promise he’d walk again without a stagger or speak without a stammer. But rehab, it turned out, took weeks, not the predicted months. Soon, there was little sign that death had been so near.

That flirt with darkness ended up being a blessing, Lin says. From it, he learned not to fear stepping away from Wall Street’s adrenaline rush to take a slow stroll across the planet.

A job with the accounting firm Ernst & Young in Atlanta had been waiting for Lin after his December 2002 graduation. His broken skull changed that plan, but it didn’t keep him out of the game. In May 2003, Morgan Stanley hired him as an analyst. Two years later, he was with Deutsche Bank. And in January 2015, two years after his world trek, Lin co-founded FanChest.

FanChest evolved out of frustration, he says. Lin was tired of not being able to find Gator merchandise in NYC and bored with run-of-the-mill gear often given to him as gifts. At the same time, the emerging “box economy” — delivery services for everything from pet treats to beauty products — gave Lin an idea. He and his business partner would bring goods to the doorsteps of sports fans. FanChest teamed with vendors for the NFL, NHL, MLB, NBA, assorted colleges and popular athletes. And to be true to Lin’s philanthropic nature, FanChest gives part of its proceeds to charities. Three years in and Lin’s startup is going strong. Even better, in New York City — so far from Berlin, New Delhi and Rio de Janeiro’s hostels — he’s living the life he’d imagined, married with a 7-month-old, emerged in a community of Gators, 10 close friends from his time in Gainesville who still hang out together.

All of it, Lin says, is because of UF.

“I owe my life to the University of Florida, and not just because Shands saved my life,” he says. “UF will always be a big piece of who I am on so many levels. For that I am really grateful.”

To learn more, go to www.fanchest.com. 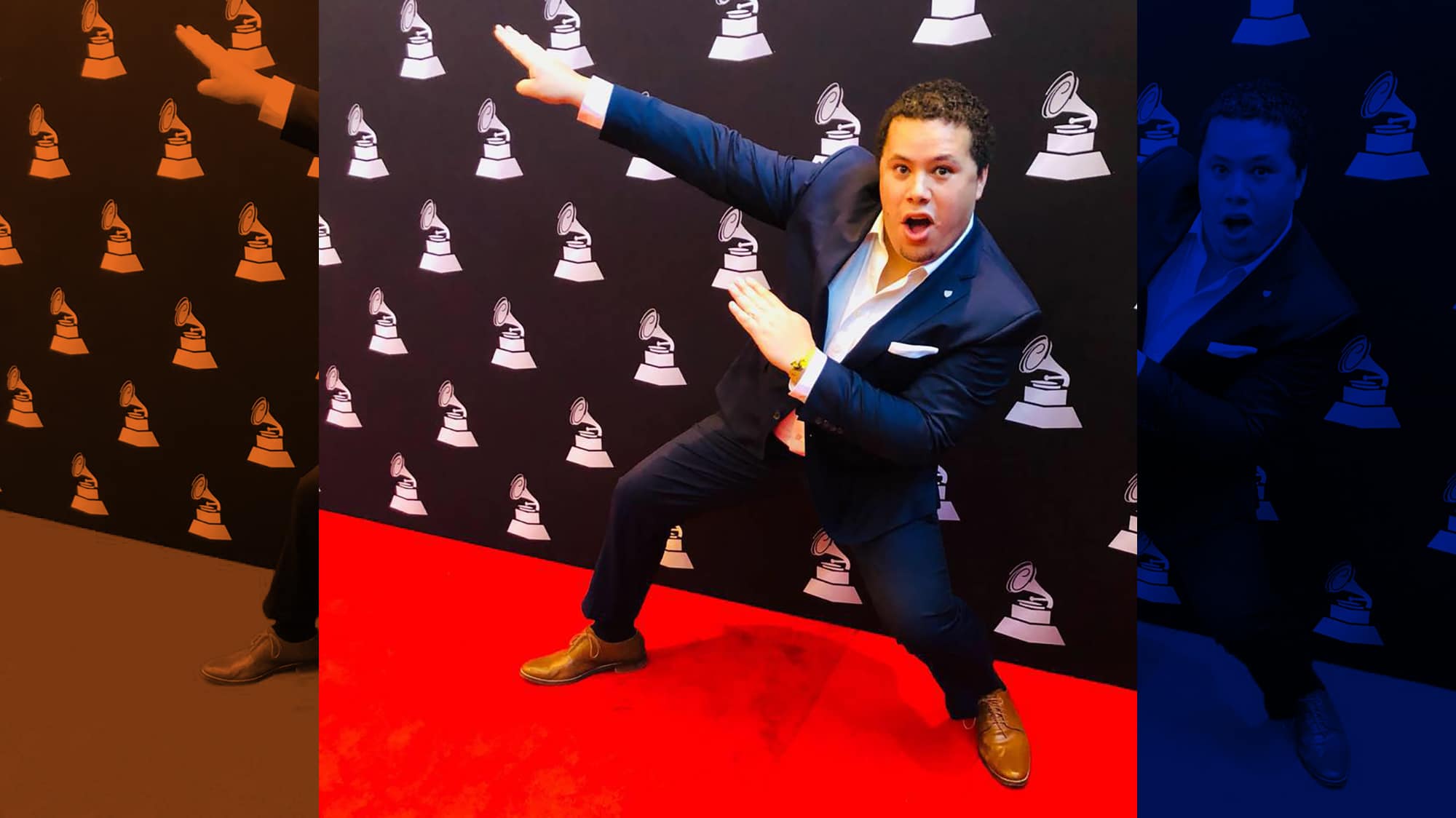 Most intimidating celebrity? Biggest change coming in the music industry? 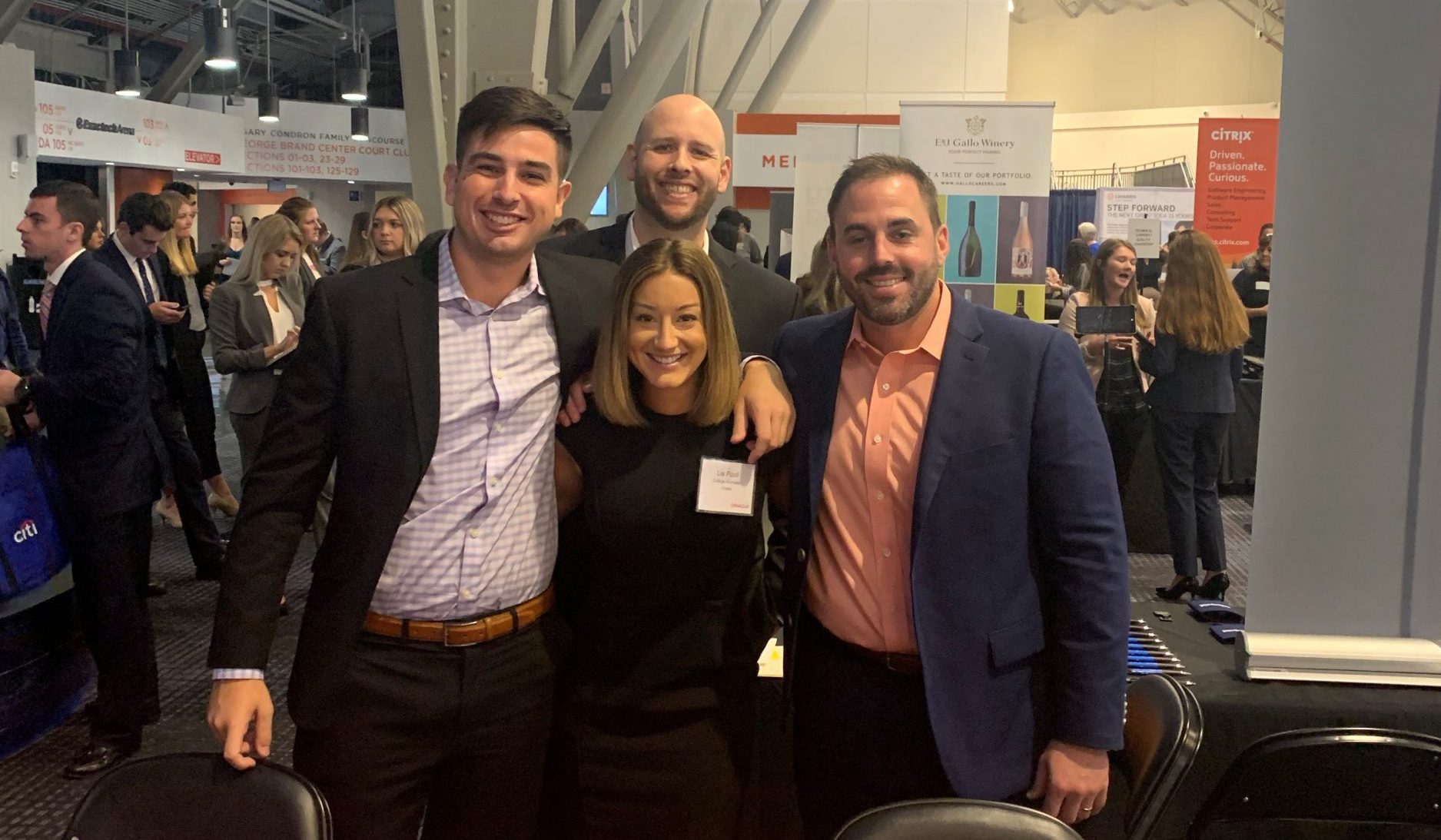